Scott Scher and Michael Prober‘s Clovis Capital Management has joined the ranks of hedge funds which have disclosed their equity portfolios for the reporting period of March 31, recently filing its 13F with the SEC for the period in question. Clovis Capital focuses on small- to mid-cap companies with a market capitalization of between $1 billion and $20 billion, in order to deliver attractive risk-adjusted returns. The philosophy behind its investments is to seek less efficient segments of the market in order to capture the best alpha. The fund managers believe in conducting original research and thinking contrarily to the consensus. The market value of the fund’s equity portfolio stood at $355 million at the end of March. The finance sector’s contribution of 49% to the above value was by far the highest of any sector. It was followed by the technology and industrial sectors, each contributing another 13%. The top holdings were comprised of Colony Capital Inc (NYSE:CLNY), Churchill Downs, Inc. (NASDAQ:CHDN), DigitalGlobe Inc (NYSE:DGI), and Zebra Technologies Corp. (NASDAQ:ZBRA). 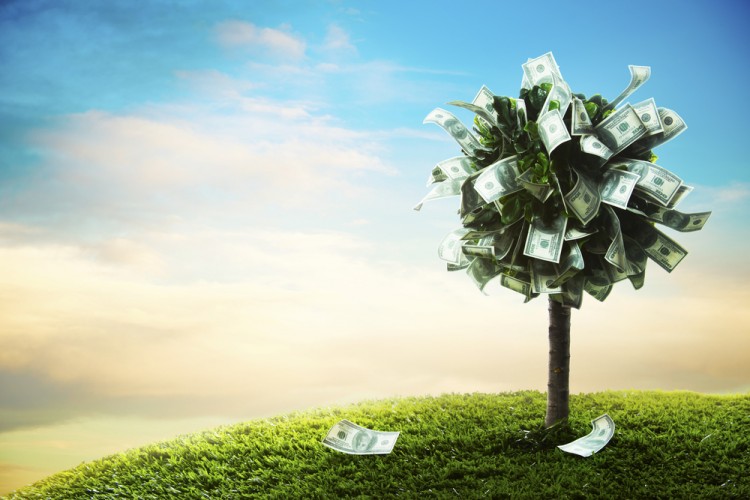 As far as the importance of tracking hedge funds is concerned, we discovered through our research that a portfolio of the 15 most popular small-cap picks of hedge funds beat the S&P 500 Total Return Index by nearly a percentage point per month between 1999 and 2012. On the other hand the most popular large-cap picks of hedge funds under-performed the same index by seven basis points per month during the same period. In forward tests from August 2012 through March 2015, these top 15 small-cap stocks beat the market by a hefty 79.4 percentage points (read the details here). Hence a retail investor needs to isolate himself from the herd of investors chasing large-cap stocks and take advantage of the prevalent arbitrage opportunities in the market by concentrating on these money-making small-cap stocks.

Next in line is Churchill Downs, Inc. (NASDAQ:CHDN), in which Clovis’ stake was increased by a whopping 82% to 250,000 shares valued at $28.74 million. The holding represented about 8.08% of the fund’s portfolio value. The diversified company operates in three segments: racing operations consisting of five racetracks, gaming operations in six properties boasting of a total of 4,200 slots, 55 tables, 36 poker tables, 185 hotel rooms, and 775 video poker machines, and lastly online operations including an internet wagering business. Churchill Downs, Inc. (NASDAQ:CHDN) has appreciated by a hefty 28.02% year-to-date. Another prominent shareholder of the company is Paul Reeder and Edward Shapiro’s PAR Capital Management.

DigitalGlobe Inc (NYSE:DGI) occupied the third spot in Clovis’ equity portfolio with the position being made up of 574,000 shares valued at $19.56 million. The company’s stock has delivered 3.16% returns so far this year. DigitalGlobe Inc (NYSE:DGI) recently posted an EPS for the first quarter which was in-line with the estimates and also reiterated its guidance for 2015. This has also led to Off Wall Street, an independent research firm, to lift its ‘Strong Sell’ rating for the satellite imagery provider. Among other notable stockholders of DigitalGlobe Inc (NYSE:DGI) is James Dinan’s York Capital Management, which held about 2.42 million shares of the company, according to its latest filing.