Few things are as iconic as the American farmer. Our farmers don’t get much appreciation in today’s modern economy, but without such a strong agricultural base we’d be spending much more of our household income on food. The nation’s massive agriculture industry also allows Uncle Sam to provide world-leading food aid to countries in need. It isn’t magic, though. Farmers depend on several key industries to help them perform their job at an optimal level. Here are some of the top stocks supporting their livelihood. 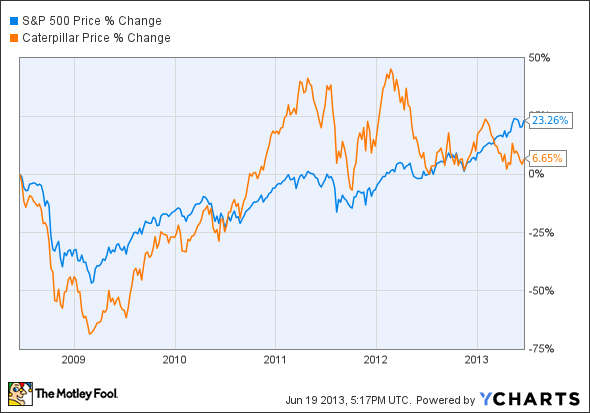 Machinery has always been an important aspect of efficient farming, but an industrialized approach to agriculture has only exacerbated its importance. Caterpillar Inc. (NYSE:CAT) offers a wide array of continually improving equipment for cattle, dairy, and general crop applications. Farmers can use one vehicle for numerous tasks — thanks to a number of easy-to-install tool attachments — side-by-side one of the company’s industrial generators during critical planting and harvest periods. A lead in the American market is great, but a push into emerging markets should further cement the CAT brand. 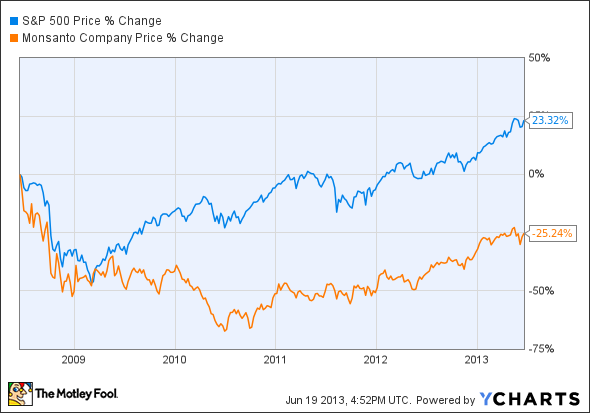 You may not like Monsanto Company (NYSE:MON) for its strong-arm courtroom tactics, but I’m not here to debate that. Now, there are legitimate reasons to oppose GMO crops, such as pesticide abuse and potentially toxic pollen. However, there is significant evidence supporting the importance of GMO crops, including often ignored topics such as nutritional benefit. Although such data is more pronounced in poorer countries, there is no reason to believe similar effects are not present on American soil. With 90% of canola, 88% of corn, 90% of cotton, 94% of soy, and 95% of sugar beets planted in the United States residing in the GMO category, who better to help farmers maximize yield than Monsanto Company (NYSE:MON)? 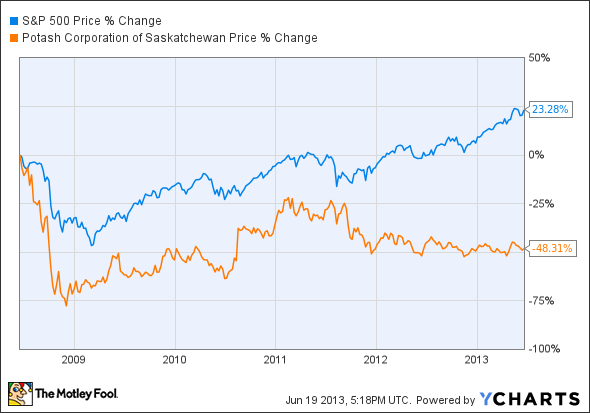 The country’s fertilizer industry soared after World War II and has remained one of the most important factors in crop yields to this day. It’s amazing to think that three elements — nitrogen (N), phosphorous (P), and potassium (K) — can have such a tremendous impact. While many fertilizer companies offer only one or two, Potash Corp./Saskatchewan (USA) (NYSE:POT) has integrated all three into its product portfolio in big ways. It holds 20% of global potassium capacity, produces the second largest amount of phosphate rock in the industry, and supplies one-fifth of the country’s total nitrogen imports. The company may be one of the single most important enablers of the American farmer. 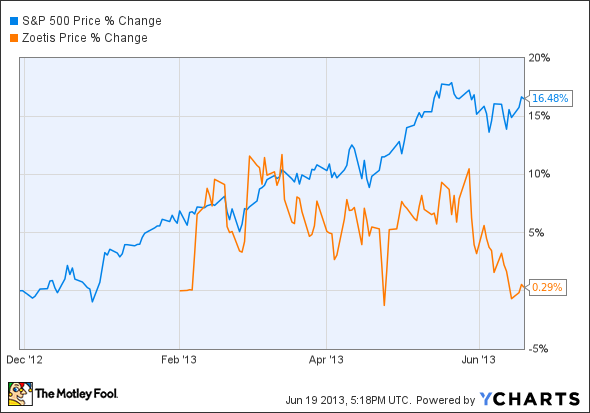 What good is raising all of those cattle, pigs, or chickens if you can’t keep them healthy? It makes sense for farmers to protect their investments, and there aren’t many companies offering solutions. Zoetis Inc (NYSE:ZTS) is the world’s largest animal-health company, recording sales of $4.3 billion in 2012. Specifically, Zoetis focuses on the $22 billion medicines and vaccines market that’s expected to hit $30 billion in 2016. That growth is being driven by increasing standards of living in developing countries, which means there’s an increasing appetite for meat products worldwide. Few companies are as uniquely positioned to capitalize on that trend as Zoetis.

Foolish bottom line
There are a number of ways to invest in industries that support the world’s growing population, but I believe the agricultural industry is the obvious choice. That doesn’t mean you’re limited to purely agricultural companies, however. Whether providing cutting-edge machinery or seeds, keeping animals healthy or crops growing, there are plenty of moving parts in the modern agriculture industry. Invest in some of these top stocks for the long term, and you’re sure to benefit.

The article The 4 Top Stocks Supporting the American Farmer originally appeared on Fool.com.

Monsanto Company (MON): Why Headline Risk is Bad for This Stock