Roundy’s Inc (NYSE:RNDY) is a $270 million small-cap stock with a valuation profile that is sure to raise the eyebrows of value and dividend investors alike. The stock took an absolute beating since its public trading debut in the spring of 2012, losing almost 60% of its value before recovering somewhat to its current levels.  In the wake of such carnage, the stock now trades for a low price-to-earnings ratio and an extremely high dividend yield. As the markets rise and interest rates stay low, it’s an increasingly difficult task trying to find big yields within the equity universe. However, extremely high dividend yields are often an indication of a declining business. Therefore, the question now posed to investors is:  does Roundy’s Inc (NYSE:RNDY) belong in your portfolio? Or, on the other hand, is there more risk here than meets the eye?

A diamond in the rough

Roundy’s operates stores under a number of banners, including Pick N’ Save, Rainbow, Copps, Metro Market, and Mariano’s.  In the company’s fourth-quarter and full-year earnings announcement, Chief Executive Officer Robert Mariano heaped praise on the success of the Mariano’s chain. Mariano’s is seeing growth and profitability above and beyond management’s expectations, and there are plans for the chain to expand from its current five additional locations in the Chicago-land area this year. That will bring the total number of Mariano’s locations to 13 in that area.

While the performance of the Mariano’s chain is certainly impressive, it needs to be noted that Mariano’s still only accounts for a small percentage of the company’s stores. Even if Roundy’s Inc (NYSE:RNDY) executes on its plan to operate 13 Mariano’s stores by the end of this year, that number will only comprise 8% of the company’s retail stores, assuming no other brands open locations. For better or worse, the company’s fortunes depend largely on the Pick N’ Save franchise, which comprised almost 60% of the Roundy’s business as of the beginning of 2012.

Roundy’s isn’t the only Midwest-based grocer experiencing problems. Competitor SUPERVALU INC. (NYSE:SVU) operates the Jewel-Osco, Cub Foods, and Albertson’s banners. To say that SUPERVALU is struggling would be an understatement. Since trading over $10 per share in 2011, the stock has collapsed to under $4 at recent levels.  Making matters worse, the company suspended its dividend last year due to its deteriorating fundamentals. Adjusted third quarter fiscal 2013 net earnings were $0.03 per diluted share compared to third quarter fiscal 2012 net earnings of $0.24 per diluted share, a decline of more than 87%.

With that in mind, Roundy’s Inc (NYSE:RNDY) certainly performed better than SUPERVALU INC. (NYSE:SVU) in 2012. Overall though, Roundy’s performance during fiscal 2012 was mixed at best. The company reported that net sales increased 1.3%, which looks good on the surface, but this was due mainly to the opening of new stores.  Same-store sales, which include only those locations open at least a year, actually declined by more than 2% year over year. Furthermore, adjusted diluted earnings per share fell more than 30% in 2012 versus the prior year. 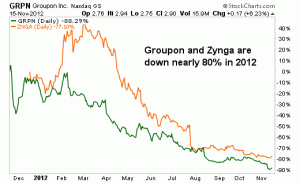 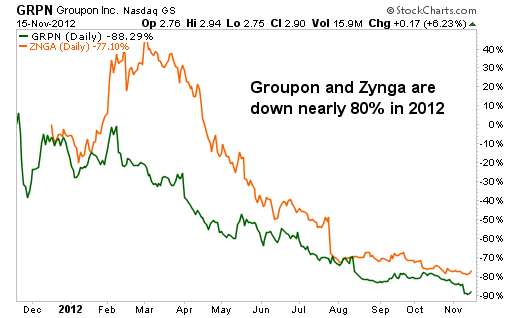