Throughout this week, we at Valuentum have encountered a slew of positive data points that support our long thesis for Apple Inc. (NASDAQ:AAPL), one of the holdings in our Best Ideas Newsletter.

Apple on the Offensive 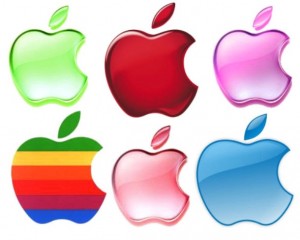 Apple marketing chief Phil Schiller provided some interesting thoughts in a Wall Street Journal interview. Since Steve Jobs passed away, we haven’t heard any of the top brass at Apple make negative comments about Google Inc (NASDAQ:GOOG)’s Android. The timing might not be coincidental, as the interview was released the day before Samsung unveils its Galaxy SIV. Schiller criticized the user experience, saying:

“When you take an Android device out of the box, you have to sign up to nine accounts with different vendors to get the experience iOS comes with.”

Schiller also said criticized Android for being a poor replacement for the iPhone, noting:

The first point is a valid criticism, in our view, while the second may be a matter of preference. Either way, we’re happy to see management showing confidence in its product and not afraid to attack rivals. The first quote addresses a compelling issue — with the US smartphone market nearing saturation, we could see late adopters flock to the iPhone because it is often perceived as the simpler device.

Schiller also mentioned, according to Apple Inc. (NASDAQ:AAPL)’s research, that 4 times as many users leave Android for iOS as users that leave iOS for Android. We think this number is well-reflected in Apple’s sky-high retention rates, and it also brings to light the varying opinions regarding Apple’s market share. We’ve heard whispers suggesting Apple is losing ground domestically and abroad—although data suggests otherwise. While we’re not as positive about the overseas market share, we’ve seen Apple post terrific sales numbers at AT&T Inc. (NYSE:T) and Verizon Communications Inc. (NYSE:VZ), where iPhones accounted for 84.3% and 63% of all smartphone activations in the fourth quarter, respectively.

Best Ideas Newsletter holding eBay Inc (NASDAQ:EBAY)’s PayPal released a POS solution for iPad. Not only is this a positive for PayPal as it works to expand its physical presence, but we think it speaks volumes about the iPad’s position in the business market. Tablets aren’t the standard; iPads are the standard.

This isn’t the first company that we’ve seen focus on completing products for iOS before considering Android, and we’ve even seen some prominent companies shun creating Android applications. The NIKE, Inc. (NYSE:NKE) Fuel Band app for iOS is the only of its kind, and Nike has no plans to develop one for Android. For what it’s worth, CEO Tim Cook is also on Nike’s board of directors. Still, exclusive apps for iOS make the Apple Inc. (NASDAQ:AAPL) ecosystem more valuable.

Training documents leaked yesterday suggest office supply giant Staples, Inc. (NASDAQ:SPLS) will begin selling iOS devices in its stores. Although this isn’t a huge positive for Apple, in our opinion, it is more evidence that Apple products are becoming increasingly important for the enterprise market.

Staples, Inc. (NASDAQ:SPLS) also needs to diversify its revenue streams, and adding Apple Inc. (NASDAQ:AAPL) products could be a good starting point. Due to the simple integration of iPhones, iPads, and Macs, we at Valuentum think Apple could become an important player in the enterprise market, duking it out with the likes of Microsoft Corporation (NASDAQ:MSFT) and Dell Inc. (NASDAQ:DELL)—even though its products cost more.

The article Bullish News for the Apple Ecosystem originally appeared on Fool.com.

Warning: Buy While You Still Have the Chance: Baidu.com, Inc. (ADR) (BIDU),...Tim Cook Might Be a Better CEO Than Steve Jobs for Apple Inc. (AAPL) Right...eBay Inc (EBAY) Might Be Planning Something Big: Capital One Financial Corp...3 of the Week’s Biggest Surprises: Cisco Systems, Inc. (CSCO), Research...Apple Inc. (AAPL) Has Samsung to Thank for Today’s Rally
Monthly Newsletter Strategy
Download a free copy of our newsletter and see the details inside!
Hedge Fund Resource Center
Billionaire Hedge Funds