A balance sheet is the heart of every corporation. Any time I come across a business with lots of cash but below-average growth, I begin to play matchmaker. I’ll take that company and put in “column A” and try to pair it up with companies in “column B” that I think can produce growth. But this doesn’t always work. Hewlett-Packard Company (NYSE:HPQ)‘s botched hookup with Autonomy serves as a perfect example.

Nonetheless, column B remains filled with candidates. And on that list is Brocade Communications Systems, Inc. (NASDAQ:BRCD) , one of the best stories that no one has ever heard of. Granted, the stock has not gone anywhere is almost a year. However, where Brocade lacks in flair, the company has more than made up for it in execution. And with its Q1 earnings report due on Valentine’s Day, this company deserves love from investors and potential suitors. 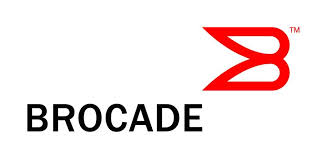 What is Brocade, really?
I will concede that this has not been an easy company to figure out. While Brocade has produced revenue growth and solid free cash flow for eight consecutive quarters, the top line has not overwhelmed the Street, as evident by 5% revenue growth in Q4. Consequently, Brocade doesn’t get much press, not to the extent that it can excite investors. Plus it’s tough to be bullish when Brocade competes with some serious heavyweights in its core business.

Fairly or unfairly, this is a company that has to be great just to be considered good. And “great” has been a challenge. Although Brocade has made meaningful improvements recently, that enterprise revenue continues to trend lower year over year means Brocade has been unable to seize market share against the likes of Cisco Systems, Inc. (NASDAQ:CSCO) and Juniper Networks, Inc. (NYSE:JNPR) in enterprise data centers.

Besides, in software-defined networking, or SDN, it will require major leaps forward for Brocade to become a true threat to rivals like Oracle Corporation (NASDAQ:ORCL) and VMware, Inc. (NYSE:VMW) which recently spent $1.26 billion to acquire Nicira, a start-up with strong technology in the SDN market. However, it’s encouraging that VMware and Brocade have recently formed a partnership. But it will be a while before Brocade’s Ethernet fabric strategy is embraced as a solid foundation in SDN deployments.

Out with uncertainty, in with speculation
In the meantime, however, Brocade has removed a great deal of uncertainty now that the company has installed Lloyd Carney as new CEO, replacing Mike Klayko, who said in August that he would be leaving. Then again, this move has brought about a rash of speculation. As noted above, Brocade has been a mainstay in my column B acquisition bin as solid takeover candidate.

Maybe it’s fate. But it’s certainly interesting to note that the last two companies that Carney has led, he’s sold. The first was Micromuse, which International Business Machines Corp. (NYSE:IBM) acquired in 2005. And then he took over Xsigo Systems, which was bought by Oracle last year. All of these activities suggest that Carney has plenty of M&A experience. Add in Brocade’s desire to be sold, and he’s the perfect hire — or in this case, matchmaker.

What’s more, that Carney once served as chief operating officer at Juniper, he has plenty of experience, and probably a host of potential suitors already in mind. The question, however, is which company makes the best fit? Plus, what exactly can Brocade offer, say, to a company like Cisco Systems, Inc. (NASDAQ:CSCO), which has ample cash and has been spending in Brocade’s direction?

Plenty to offer with little baggage
In the most recent quarter, Brocade made a good case for itself. Amid a poor macro environment, revenue grew 4% sequentially and 5% year over year to $578.3 million, easily beating the consensus estimate of $566 million. The company was helped by better-than-expected performance in product revenue, which advanced 7% year over year and 5% sequentially.

The key in the quarter was Brocade’s storage area networking, or SAN segment, which did extremely well. This is important to note because it was clear that Brocade stole market share from Cisco. The company’s SAN revenue grew 10% year over year with product revenue advancing 12%, helped by strong switch sales and fibre channel products.

Elsewhere, although Ethernet switch revenue was modest, with just 5% growth, it is outperforming Cisco’s core switching revenue, which has seen year over year and sequential declines. Plus, Brocade continues to do well with profitability. GAAP net income grew to $54 million, reversing the $4 million loss the company posted in the year-ago quarter.

Operating income grew 12% year over year as the company continues to benefit from improved gross margin, which advanced by almost 2% year over year and by 1% sequentially. Clearly, this is a company heading in the right direction and has plenty to offer, especially considering that Brocade has more than doubled its free cash flow position over the past five years.

The company has a market cap of just $2.6 billion and a solid balance sheet, which includes roughly $713 million and $600 million in manageable debt. That the company continues to grow market share in its core SAN business makes Brocade an attractive acquisition for companies like Cisco and Oracle, the latter which just picked off Acme Packet, Inc. (NASDAQ:APKT) for $2.1 billion.

Both Cisco and Oracle have the financial means to make this deal happen. For that matter, so does IBM. And lest we forget Juniper, for whom CEO Carney once worked. And there are compelling synergistic scenarios with each candidate. But will they make the deal?

Stock is cheap while the wait continues
On Thursday, Brocade will have another opportunity to market itself to suitors when it reports first-quarter earnings. The company had issued prior revenue guidance of $565 million to $585 million, with non-GAAP earnings per share to arrive at $0.15 to $0.16. However, and as with Q4, it will be the company’s performance in the SAN business that will be interesting to watch.

After all, this has been Brocade’s main business focus and the area that will make it the most attractive. The company guided for 3% to 6% sequential growth. If Brocade reaches the high range, this means that the company is expecting SAN revenue to arrive at around $420 million. Then again, this would only represent year-over-year growth of 3.5%. Would this be enough to entice Cisco or Oracle to pony up the cash?

It remains to be seen how long Brocade remains an independent company after the report. Then again, I spent all of 2012 trying to pair this company with a column A candidate. In the meantime, the stock is cheap. If not an M&A play, there’s certainly a value play here for investors, especially those with a high frustration threshold. As noted, the stock has not moved in more than a year.

However, with shares trading at $5.72, a case can be made why fair value should be $7 or $8. Remember, this is a company that has doubled its cash flow over the past five years. The buyout rumors notwithstanding, as long as Brocade continues to grow long-term free cash flow and make modest market share gains in its core business, the stock should command a higher premium — at the very least 20% more from current levels.

The article Brocade’s Looking for M&A Love Ahead of Earnings originally appeared on Fool.com and is written by Richard Saintvilus.

Why Cisco Systems, Inc. (CSCO) Is a Solid Play Ahead of Earnings