It was an encouraging snapshot for luxury goods until Blue Nile, Inc. (NASDAQ:NILE) opened its yap. Blue Nile had a blue Christmas, as the online retailer of high-end jewelry posted net sales that fell short of Wall Street expectations.

The news wasn’t all bad out of the e-tailer, though. It’s still growing at a reasonable pace. However, let’s go over three Tuesday winners first. 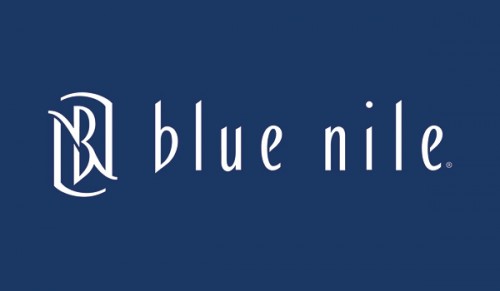 1). Avon Products, Inc. (NYSE:AVP) moved 20% higher after chiming in with an adjusted profit from continuing operations of $0.37 a share, obliterating the $0.27 the pros were forecasting.

2). Michael Kors Holdings Ltd (NYSE:KORS) soared 9% on the day after reporting a 70% spike in revenue. The catalyst here is an amazing 41% increase in comps. Yes, the average store sold 41% more than it did during the prior year’s holiday quarter.

3). Fossil, Inc. (NASDAQ:FOSL) was trading as high as 7% before closing out the day with a 3% gain. The Texas-based maker of designer watches saw its net sales and earnings climb 34% and 14%, respectively, in its latest quarter.

Blue Nile stepped up after the market close on Tuesday with its report. With premium cosmetics direct seller Avon; pricey handbags, apparel, and accessories retailer Michael Kors; and trendy watchmaker Fossil all hitting it out earlier in the day, it opened the door for another solid showing out Blue Nile. Folks are buying premium beauty creams, totes, and timepieces. Shouldn’t diamond jewelry go along for the ride?

Blue Nile’s specialty is engagement rings, offering up thorough online shopping assistance to nervous grooms. The Web-based merchant has been trying to grow its non-engagement business, but that’s where Blue Nile has been a diamond cutter in the rough. Engagement ring sales soared 31% to $73.6 million, accounting for 54% of the company’s net sales. You can apparently expect plenty of wedding invitations to arrive in the coming months! Unfortunately, net sales for the rest of Blue Nile’s merchandise rose a mere 5%.

Some will argue that this isn’t too shabby. Traditional jeweler Zale Corporation (NYSE:ZLC) reports next week, and analysts are banking on flat growth in net sales out of the bricks-and-mortar chain. However, investors shell out a premium to own Blue Nile because they expect headier growth out of the dot-com speedster.

Blue Nile sees its profit per share for the new year checking in between $0.75 and $0.85, pricing the shares at 39 times the midpoint of that range. That’s a stiff price to pay when there are cheaper multiples to be had for luxury-goods players that are actually exceeding expectations.

The article Blue Nile Can’t Keep Up With Kors, Fossil, and Avon originally appeared on Fool.com and is written by Rick Aristotle Munarriz.

Longtime Fool contributor Rick Aristotle Munarriz has no position in any stocks mentioned. The Motley Fool recommends Blue Nile and Fossil and owns shares of Fossil.

Can Michael Kors Holdings Ltd (KORS) Double in Price by the End of 2013?

The Only Thing That Outperforms Michael Kors Holdings Ltd (KORS) Is Its Valuation...
Monthly Newsletter Strategy
Download a free copy of our newsletter and see the details inside!
Hedge Fund Resource Center
Billionaire Hedge Funds