One of the most anticipated market players from this year’s Delivering Alpha conference on July 17th was billionaire Leon Cooperman of Omega Advisors. At last year’s conference, Cooperman had given ten names when asked for his “best idea” and all 10 performed strongly over the next year. As they say, past performance is no guarantee of future results but we think that investors can at least treat his picks as initial investment ideas and do further research on any interesting names. Read on for our quick take on five of the stocks Cooperman listed as his best ideas, or see the full list of stock picks from Omega’s most recent 13F filing (we track quarterly 13F filings from hundreds of hedge funds and other notable investors as part of our work researching investment strategies, including our market beating small cap strategy). 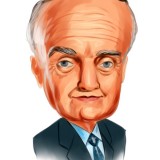