In mid July, Fisher Asset Management, the asset management firm run by billionaire and Forbes columnist Ken Fisher, filed its 13F for the second quarter of 2013 with the SEC, disclosing many of its long equity positions as of the end of June. We track these filings in our database, using them to help us develop investment strategies (for example, we have found that the most popular small cap stocks among hedge funds generate an average excess return of 18 percentage points per year), but also like to review picks from individual managers as they come in and comb through them for interesting investment ideas. When we went through Fisher’s filing we noticed a number of healthcare stocks among its top picks, including its two largest single-stock holdings. Read on for our thoughts on the fund’s five largest holdings in the healthcare sector and compare these picks to those in previous filings.

The largest single-stock position by market value in Fisher’s portfolio was Johnson & Johnson (NYSE:JNJ). The large healthcare company is a common defensive pick, and while a rally year to date has reduced its dividend yield to 2.9% it does still offer a low beta at 0.4. Johnson & Johnson’s earnings have been down recently, resulting in trailing numbers that do not look too attractive compared to the current valuation, but Wall Street analysts expect performance to turn around with the result being a forward P/E of 16. 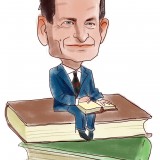 The fund owned almost 13 million shares of Sanofi SA (ADR) (NYSE:SNY) at the beginning of July, per the filing. Both revenue and earnings were down considerably in the first quarter of 2013 versus a year earlier, with profits falling by 45%. At a market capitalization of close to $140 billion, the diversified drug developer and manufacturer trades at only 12 times forward earnings estimates- though, as with Johnson & Johnson, that is because the sell-side is expecting Sanofi’s earnings per share to increase. Adjusted EPS has been well below consensus each of the last three quarters.

Could This Throw Tesla Motors Inc (TSLA) a Curve? 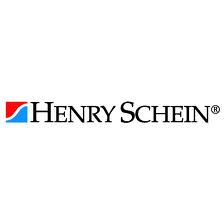 Does Bill Ackman Have FedEx Corporation (FDX) in His Sights?