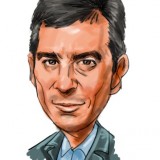 Dan Loeb’s Third Point has over $4 billion in assets under management, as Loeb’s mix of activism- often quite hostile to current management, as was recently the case at Yahoo- and value investing has driven good returns for the fund and satisfied investors. By comparing the 13F filed for the end of September with the one filed for the end of June, we can see some of the stocks that were new holdings in Loeb’s portfolio in the most recent filing. Read on for our quick take on Third Point’s largest new positions for the third quarter and see the fund’s full 13F portfolio.

Third Point liked Murphy Oil Corporation (NYSE:MUR), initiating a position of 4.9 million shares. In its most recent quarter, earnings dropped 44% on a very small decline in revenue; as with many oil and gas related companies, the stock price has lagged the market this year as prices have sunk. At a market capitalization of $11 billion, Murphy trades at 16 times trailing earnings. Loeb has told investors that he believes that the company could create shareholder value by spinning out its retail operations (read about why Loeb and other hedge funds like spinout situations).

Another spinout- or more accurately, a completed breakup- was diversified food and beverage company Kraft Foods Group Inc (NASDAQ:KRFT), which manages the North American operations of the Kraft business following its division into Kraft Foods and Mondelez International. Kraft trades at 17 times forward earnings estimates, which puts it about in line with the valuations of other large food companies. The fund owned 5 million shares of the stock at the end of September. Even with the advantages of spinout situations, we think that we’d like to see more performance from Kraft Foods as a stand-alone company.

Nexen Inc. (NYSE:NXY) was another new pick. Nexen is also a special situation, as the company has received an acquisition bid from large Chinese oil company CNOOC. There is significant opposition to the deal in Canada, and so the current stock price is well below where the proposed transaction would take place as it’s uncertain that the government will allow the purchase (the deal is currently under review, with a decision expected in early December). However, a number of hedge funds have seen this as a merger arbitrage opportunity, apparently confident that the deal will be approved.

Loeb and his team also bought shares of Internet security company Symantec Corporation (NASDAQ:SYMC). The stock looks quite cheap, carrying trailing and forward P/E multiples of 11 and 10, respectively. It’s turned in modest growth in recent quarters, but that is probably enough to justify such a low valuation. Fellow billionaire Ken Griffin’s Citadel Investment Group increased its own holdings of Symantec during the third quarter (check out more of Ken Griffin’s stock picks) and we think that we would like to take a closer look at the company to make sure that it can continue to generate at least some growth.

The fund took a position of 1.7 million shares in WESCO International, Inc. (NYSE:WCC), a $2.8 billion market cap wholesaler of industrial and electrical equipment. Wesco reported an 18% increase in earnings in the third quarter compared to the same period in 2011, which came out of small revenue growth and a considerable increase in the company’s margins. We’d note that as an industrial-related company it is tied to the broader economy with a beta of 2, and is also widely shorted with the most recent data showing 20% of the outstanding shares held short. However, the multiples look good at this company as well (for example, the trailing P/E is 14) and it too could be a good value stock if further review of its results indicate that it can continue its growth going forward.