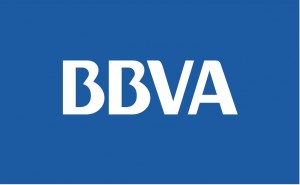 Argentina has gone through many cycles of blockbuster economic growth and spectacular economic collapse, and now the country is facing renewed economic trouble under the government of President Cristina Kirchner. Argentine stocks traded in foreign markets have been very volatile and are headed down. The biggest Argentine financial stock by market capitalization is Banco Macro SA (ADR) (NYSE:BMA), followed by BBVA Banco Frances S.A. (ADR) (NYSE:BFR), which is a division of the Spanish bank BBVA. The political and economic situation in Argentina means that the volatility will continue for some time, and likely with an overall downward trend.

Both Banco Macro SA (ADR) (NYSE:BMA), with a beta of 1.31, and BBVA Banco Frances S.A. (ADR) (NYSE:BFR), with a 1.71 beta, have higher than average volatility as measured by beta and a wide spread between their 52-week highs and 52-week lows. The volatility of these stocks is reinforced by the fact that the other Argentine bank in the peer group, Grupo Financiero Galicia S.A. (ADR) (NASDAQ:GGAL), has a similar beta at 1.41.

More than meets the eye

Without a discussion of Argentinian government policy, one cannot understand the issues that Argentine banks face. One of the largest issues facing Argentina is the inflation rate, which is estimated at between 25%-30%, but officially is much less. The false numbers produced by the government led the International Monetary Fund to censure Argentina and The Economist to no longer publish the official statistics, calling them “bogus.” According to a recent report by Reuters, the Argentine peso has lost over 22% of its value this year on the market. This devaluation, and the risk of further devaluation after the mid-October elections, is causing investors and businesses to be wary of investing due to financial uncertainty. Argentina already has a bad reputation in the worldwide financial sector, thanks to the 2002 debt default. This has very wide ramifications for banks like Banco Macro SA (ADR) (NYSE:BMA), BBVA Banco Frances S.A. (ADR) (NYSE:BFR) and Grupo Financiero Galicia S.A. (ADR) (NASDAQ:GGAL).

Is there any hope?

Looking at Argentine companies in other sectors, financial stocks are more volatile than average. Recently re-nationalized YPF is down only 1.79% year-to-date and up 33.05% in the last six months. Telecom provider Telecom Argentina S.A. (ADR) (NYSE:TEO) is actually up 43.76% year-to-date and 61.5% in the last six months. What does this all mean? Not all Argentine stocks are performing poorly, but in general Argentine banks have been under-performing other sectors of the economy.

The Argentine banking sector will continue to be volatile and under-perform for the foreseeable future. With inconsistent economic policy from the Argentine government, it is likely that businesses will be too spooked to invest. This will continue to hit the Argentinian banking sector very hard. While it may be possible to make short-term profits on Argentine financial stocks, in general the stocks will be trending downwards. If you are interested in hunting for bargains in Argentine financial stocks, buyer beware!

The article Banking in Buenos Aires? Buyer Beware originally appeared on Fool.com and is written by Jeremy Worthington.

What Will These Communications Stocks Tell Your Portfolio? – Telecom...