We track 13F filings from hedge funds and other notable investors for a variety of purposes. First, we can use the included information- many of each fund’s long positions in U.S. equities as of the end of the most recent quarter- to develop investment strategies; we have found that the most popular small cap stocks among hedge funds beat the S&P 500 by 18 percentage points per year, and we think that other strategies are possible as well. We also like to look through individual filings to see top managers’ picks in a number of areas, including stocks with high dividend yields. Read on for our quick take on five of Cliff Asness’s AQR Capital Management’s picks as of the end of December which pay yields of 3.5% or higher going by current prices and recent dividend levels (or see the full list of stocks the fund reported owning)

One of AQR’s five largest positions by market value was its 5.3 million shares of AT&T Inc. (NYSE:T). The telecommunications company pays a high dividend yield of 4.7%, and also stands out for a low beta of 0.4. As such it could be a good pick for income or defensive investors. While earnings have been a little low recently compared to the stock’s valuation, forecasts from Wall Street analysts imply a forward P/E of 14 which would actually be somewhat attractive pricing. Billionaire Ken Fisher’s Fisher Asset Management reported a position of 6.1 million shares in its own 13F (find Fisher’s favorite stocks). 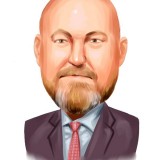 Asness and his team kept their holdings of Merck & Co., Inc. (NYSE:MRK) roughly constant, with 3.1 million shares in their portfolio as of the end of March. The large drug manufacturer is another company which boasts not only a high yield but also little dependence on macro factors, with a beta of 0.4. We would note that revenue and earnings were both down in its last quarterly report compared to the fourth quarter of 2011. Merck & Co., Inc. (NYSE:MRK) was one of the companies on our list of the most popular healthcare stocks among hedge funds for the fourth quarter of 2012 (here are more healthcare stocks hedge funds loved).

The fund was a heavy buyer of Hudson City Bancorp, Inc. (NASDAQ:HCBK), a $4 billion market cap bank concentrated in the New York City area, increasing its stake to a total of over 13 million shares. The yield here is just short of 4%, and there is at least something of a value case for Hudson City Bancorp as the stock trades at a discount to the book value of its equity (though the earnings multiples are not particularly low for a bank in the current environment). Clint Carlson’s Carlson Capital was also buying the stock in Q4 (research more stocks Carlson was buying). 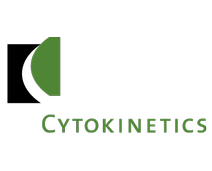