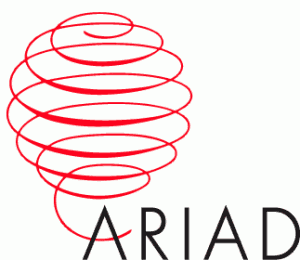 As one of the most important conferences in biotechnology approaches (ASCO) we are seeing wild swings of volatility. On Thursday there were several stocks that moved to the downside, and in this piece I am determining if any are a buy after the large moves.

Shares of Ariad Pharmaceuticals, Inc. (NASDAQ:ARIA) fell more than 4% after a report from Fox News suggested that cancer patients are now electing to skip chemotherapy and other cancer treatments due to new tools that are being offered. The stock has already lost 14% of its value in 2013 as questions arise regarding its newly launched drug Iclusig, and investors will seek answers at ASCO.

The key question as ASCO approaches will be how data from other studies could impact future performance of Iclusig and if the drug can still grow in the community setting. In addition, investors want to see a continuation of strong sales seen in Q1 along with details surrounding conflicting data and recent patient deaths. With the stock continuing to tick lower, investors appear worried, thus I am not sure that I would buy with the company valued at $3 billion ahead of ASCO.

Bearish comments from JPMorgan regarding Infinity Pharmaceuticals pushed shares lower by more than 20% on Thursday. The loss came as investors grow skittish ahead of data at ASCO, and JPMorgan reminds those investors of why they should be worried. The questions are in regard to its investigational leukemia candidate IPI-145, for which JPMorgan predicts “a good showing.” However, the problem is how congested the market has become, and the number of big name biopharmaceutical companies expected to release better data, such as: Gilead Sciences, Pharmacyclics, and Roche.

Infinity Pharmaceuticals Inc. (NASDAQ:INFI) is a $1.2 billion company that is valued on not just one product but rather a therapeutic approach that could create numerous products, with IPI-145 being the most advanced. Therefore, with several years before seeing significant revenue (if the IPI-145 data is strong) and with a congested leukemia market I say avoid Infinity Pharmaceuticals Inc. (NASDAQ:INFI) for now.

Oncothyreon Inc (USA) (NASDAQ:ONTY) fell 24% after its ASCO presentation showed that its vaccine L-BLP25 (formerly Stimuvax) did not meet its primary objective. Back in December the drug failed in a large Phase 3 trial thus leading to a 50% decline in its valuation. Since then the company has said that there were certain subgroups where notable treatment effects were observed.