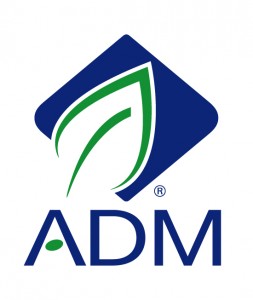 It’s been a challenging stretch for the domestic ethanol industry. “One of the toughest,” according to the Wall Street Journal, “in its three-decade history.” Recent events, though, have led even some of the fuel’s harshest critics to concede there could be a bit of light at the end of the tunnel.

If indeed there is good news, the beleaguered industry and its supporters will gladly take it. Cascading issues affecting ethanol’s economic viability hit hard over the past year. First there was further weakening of its market value, as the price of gasoline — to which it is partly pegged — held at relatively modest levels. Then the Midwest drought pushed corn prices sky high, literally making the fuel too expensive to produce.

With Americans also cutting back on driving since the Great Recession — and domestic ethanol consumption driven by a government mandate that it comprise 10% of every gallon of gasoline sold — producers idled nearly 10% of the country’s plants. As a result, U.S. ethanol production fell for the first time in 16 years.

Many of the overarching problems, particularly for small and independent operations, still exist. In one of the most ironic of turns, in fact, the New Energy ethanol plant in South Bend, Ind. — the nation’s first when it opened in 1984 — will now be the first to be torn down and sold for scrap. A bankruptcy filing shut it down last November, and no one is interested in restarting it.

What was that good news again?

Despite the ongoing travails of New Energy and some of its peers, the market has shown definite signs of recovery this year. Ethanol prices are trading at a discount to gasoline prices again. Some shuttered plants have been restarted as supply and demand fell more into balance. The price of corn has fallen sharply. And margins continue to show improvement, especially compared to historic lows of 2012.

Accordingly, first-quarter earnings results delivered by major producers in late April and early May were uniformly the most positive in several quarters.

Archer Daniels Midland Company (NYSE:ADM), the diversified agribusiness that is also the nation’s number-one ethanol producer with a 1.72-billion annual capacity, reported company-wide sales up 2.7% year over year. But revenue in the segment that houses ethanol grew 7.7% and profits there increased 15%, as capacity was brought back to 100% on margin improvement. Valero Energy Corporation (NYSE:VLO), the giant oil company that moved into the industry’s number-three slot by acquiring 10 plants with a 1.2-billion gallon annual capacity, reported a 55% increase in ethanol segment operating income. It attributed the huge gain to gross margins of 42¢ per gallon in the first quarter of 2013, vs. 34¢ per gallon in the same period last year.

Even the smaller pure-plays, which have been much more impacted by ethanol’s ebb and flow, found 2013 off to a very good start. Green Plains Renewable Energy Inc. (NASDAQ:GPRE), with an annual capacity of 740 million gallons, reported a second consecutive quarter of profitability and beat estimates on earnings and revenue. Pacific Ethanol Inc (NASDAQ:PEIX), a kind of industry rebel with its entire 200-million gallon capacity in West Coast facilities, said first-quarter revenue was up 14% year over year as the average price per gallon rose from $2.34 to $2.60. And it said April margins continued to show improvement.

As the year unfolds, here are three questions worth pondering:

All producers cited improving margins, particularly as the first-quarter wore on, as their biggest cause for optimism. At these levels, they said, plants can again be run profitably. Archer Daniels Midland Company (NYSE:ADM) did caution that some margin volatility could be expected going forward, but at least one big operator — Green Plains Renewable Energy Inc. (NASDAQ:GPRE) — plans to increase production for the remainder of the year because they are so healthy.