Yahoo! Inc. (NASDAQ:YHOO) is said to be talking with Apple Inc. (NASDAQ:AAPL) about a partnership, according to a report from Bloomberg. Given the mobile-focused strategy that Yahoo!’s CEO, Marissa Mayer, has laid out, the report should not be a surprise. 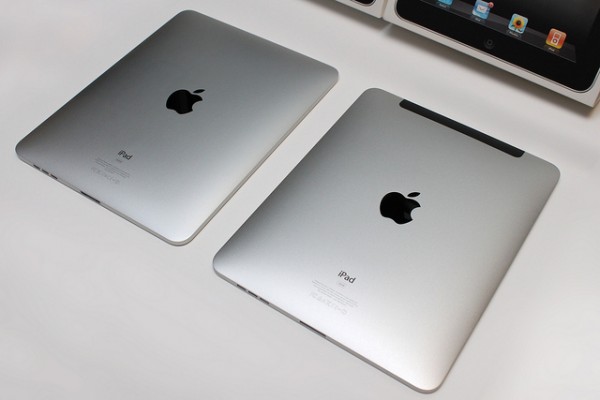 Apple’s iPhone and iPad are arguably the best devices in their respective markets. However, Apple’s apps (outside of the company’s operating systems) are sorely lacking. Business Insider has provided a list of 16 apps better than the ones bundled with the iPhone.

In that category, Google Inc (NASDAQ:GOOG) is much better positioned than Apple. In fact, many of the company’s web services — Google Maps, Google Drive, Google Search — are top downloads on Apple Inc. (NASDAQ:AAPL)’s app store.

Apple is clearly interested in opposing Google’s dominance in these services. Apple booted both Google Maps and YouTube from iOS when it upgraded the mobile operating system to iOS 6 last year (the apps are still available, but must be manually downloaded).

Mayer has been in charge of Yahoo! for less than a year, but her strategy is already starting to take form. Without getting into the actual device manufacturing process or operating system game, Mayer wants to make Yahoo! Inc. (NASDAQ:YHOO) the focal point of a user’s mobile experience.

Theoretically, a consumer purchases an iPhone because they want access to the mobile Internet — social networking, web browsing, video consumption and so on. In an interview with Bloomberg, Mayer explained that she hopes Yahoo! can be the hub to best facilitate the satisfaction of these needs, providing services like Yahoo! email, Yahoo! Sports, Yahoo! Finance, and the company’s endless news feed.

In addition to Yahoo! Inc. (NASDAQ:YHOO)’s existing services, the company is also rumored to be in the market for a few major acquisitions, in particular Yelp and Dailymotion. These sites serve a consumer’s need for local information and video content, respectively, and compete directly with Google’s Zagat and YouTube.

Partnering with Yahoo! would be the answer to Google’s dominance

If Yahoo! was to purchase both Dailymotion and Yelp, for example, and partner with Apple Inc. (NASDAQ:AAPL) to integrate the software directly into Apple’s iPhones and iPads, it could deal a blow to Google Inc (NASDAQ:GOOG). Even if it didn’t acquire these properties, closer integration with Yahoo!’s existing properties could benefit Yahoo! at Google’s expense.

Since its introduction in 2004, Google’s gmail has been slowly increasing in popularity. Last November, Gmail passed Microsoft’s hotmail to become the most popular email service. Yahoo!’s email remains popular, but its growth has stagnated.

By integrating Yahoo! Inc. (NASDAQ:YHOO)’s email with Apple’s phones, it could incline some users to make the switch from Gmail to Yahoo!.