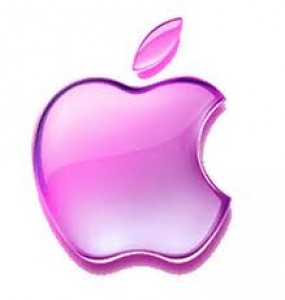 Apple Inc. (NASDAQ:AAPL), despite setting records by selling five million iPhones in the first selling weekend of the new iPhone 5, the company received a lot of complaints over its proprietary mapping application, which was placed on iOS 6 as a replacement to the popular and efficient Maps app by Google Inc. (NASDAQ:GOOG). Since it seems that Apple can’t beat Google, there is a source that is reporting that Apple is trying to get some former Google employees to join Apple in an effort to improve its mapping services and make it new instead of just an update.

TechCrunch is reporting from a source (not identified) that Apple Inc. (NASDAQ:AAAPL) is apparently on the recruiting trail, trying to encourage some former Google Inc. (NASDAQ:GOOG) employees who have experience working on the Google Maps application, to join its workforce and work to establish a new application, rather than simple updates to what has already been done.

Apple Inc. (NASDAQ:AAPL) is not saying anything official about the report, but has reportedly pulled one ex-Googler on the staff and has apparently offered another a strong salary plus moving expenses in order to get to work quickly on the new project. TechCrunch’s source said, “Apple has a lot of catching up to do if it wants to build a robust mapping platform to counter Google Maps, so it doesn’t surprise me that it’s going out of its way to lure former and current Google Maps employees. At Google Maps, we know what data’s important, rendering priorities, keyword searches, and how the user experience is suppose to be. However, Apple needs to find a way to get its own 5 million miles of street view data, partner with the right folks, and spend a fortune on licensed data – which it can.”

Making a significant investment in this application can certainly benefit Apple Inc. (NASDAQ:AAPL)  in the long run, but do investors – like hedge-fund manager Julian Robertson of Tiger Management – think any movement on this app is too late now that this is out? Or is it at least something that the company puts some value in the app in order to improve it as quickly as possible? What do you think? Is Apple Inc. (NASDAQ:AAPL) losing fans with this mapping application? Are you a regular user of this app and does it affect how you see Apple or any other smartphone maker?