Samsung and Apple Inc. (NASDAQ:AAPL) are two of the biggest players in the smartphone industry, with several small players using Google Inc (NASDAQ:GOOG)‘s Android platform. Samsung’s Galaxy Unpacked event was one of the most awaited events of 2013 and it finally happened this month. The stage was set, the lights were shiny, and Samsung finally unveiled its latest flagship. Even though their were mixed reviews about the entire event and the actual smartphone, 2013 will be a big year for both Samsung and Apple. 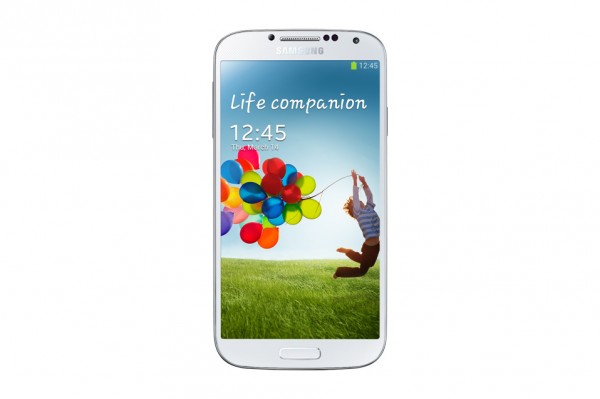 Apple is currently trading around $450, and the tech giant is currently the second largest smartphone manufacturer in the world, just behind Samsung. After hitting the $700 mark last year, Apple Inc. (NASDAQ:AAPL)’s shares continue to tumble as the stock has been declining after reaching its all time high.

Apple’s position in the smartphone market continues to decline as more and more manufacturers are trying to step up their game. Even though Google Inc (NASDAQ:GOOG)’s Android platform is considered as a direct competition to Apple’s iOS, Samsung is seen as the company’s biggest competitor, as the Korean electronic giant contributes more than half to the total Android smartphone sales. The table (Source: engadget.com) shows that Samsung really stepped up its game in 2012 compared to the previous year. Samsung’s total shipments rose over 100% in 2012, while Apple Inc. (NASDAQ:AAPL)’s share increased only 46%. Samsung’s turning point was its Galaxy S3 smartphone, which created a lot of hype in the market. Even though Apple finally increased the screen size in the latest iPhone, it couldn’t knock out Samsung from its strong position, despite the iPhone 5 being the best selling smartphone (based on the last quarter).

It’s not Google Inc (NASDAQ:GOOG)’s Android platform which has posed major problems for Apple Inc. (NASDAQ:AAPL); instead It’s Samsung’s Galaxy line. After the S2, Samsung has improved its hardware and software features in order to make the S3 a direct competitor to the iPhone. On March 14, people experienced the latest smartphone from the Galaxy line, the S IV. However, reception has not been the best and the smartphone might create the same level of hype as the S3.

Samsung has incurred a lot of expenditure on advertising prior to the smartphone’s release. The unpacked event created so much hype that people expected something totally unique. While the smartphone might not be what many enthusiasts were expecting, it is definitely a premium smartphone which can cause serious threats to the iPhone 5.

The latest Galaxy looks quite similar to the previous one, but packs some impressive software enhancements. Apart from the screen size, nothing has been changed in terms of design, and the S4 still looks like last year’s S3. The event hosts demoed some of the new software features, including the eye scrolling, air gestures, and the new camera features. The S4 packs a better processor, a superior screen, possibly a better battery and yet a lot of people have been disappointed, mainly due to the design factor.

While the latest Samsung smartphone might not be the most innovative smartphone, it will still sell in huge volumes. Some users will still be looking for an answer to why they need to update to the S4 from the previous Galaxy. However, Samsung’s superior position in the market, and its advertising/marketing strategy will make the S4 another successful Galaxy product. The Galaxy Unpacked event created so much hype that even a regular Quad-core 1080p smartphone, without software or design enhancements, would have gotten a relatively good reception.

Many observers believe that the S4 will do quite well in 2013. However, it won’t have much of an impact on Apple’s position. The S4 might not be the best smartphone of 2013, but it looks set to beat Apple in smartphone shipments by the end of the year. Even if Apple Inc. (NASDAQ:AAPL) finishes second, again, a lot of traders are still bullish on Apple as the company aims to hold onto its current market share. After the Galaxy Unpacked event, Samsung’s shares dropped nearly 2.6% while Apple’s stock rose over 2%.

The threat to Apple and Samsung

A lot of analysts are talking about the threat from Samsung to Apple; however, not many have looked at threats to, both, Apple Inc. (NASDAQ:AAPL) and Samsung. After the S3 proved to be a major hit, other smartphone manufacturers have stepped up and have released their own line of smartphones.

Sony Corporation (ADR) (NYSE:SNE) is one of the companies making headlines in the smartphone market, along with Research In Motion Ltd (NASDAQ:BBRY) and Nokia Corporation (ADR) (NYSE:NOK). All three companies are trying to get on the right path and Sony might already be on its way to the top. Sony’s latest Xperia smartphone has been doing quite well in several markets, with U.S consumers eagerly waiting for a release date for Sony’s latest smartphone on a contract. Sony’s latest flagship is a premium Android smartphone, and has similar features in hardware as the Galaxy S4, with design being its strongest element.

BlackBerry is also doing well in several different countries, with the smartphone coming to the U.S. on March 22. The company is still struggling in the market after losing significant share to iOS and Android.

Sony, HTC, and Nokia should pose the greatest threat to Apple and Samsung, with other manufacturers like Huawei and LG trying to capture greater market share. This year, competition will be as fierce as ever, mainly because all the latest and upcoming smartphones will be really similar (in hardware specifications).

Samsung’s S4 is certainly not the most revolutionary smartphone, and a lot of users might not be willing to update from the Galaxy S3. However, it does feature better hardware and some new software tricks, with Samsung aiming to make its latest offering into another successful release.

Apple Inc. (NASDAQ:AAPL), on the other hand, will aim to maintain its decent market share until it releases a cheaper version of the iPhone 5, or the new iPhone 6. 2013 might not be the best year for both giants in terms of increasing total shipments, although, other manufacturers like Sony will aim to improve their position by the end of the year.

The article Can Samsung Hit Gold With the Latest Galaxy? originally appeared on Fool.com and is written by Yasir Idrees.