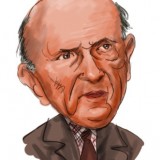 It’s been some time since Julian Robertson was managing clients’ money at Tiger Management, but he continues to manage money and comment on the markets. He also continues to file 13Fs six to seven weeks after the end of every quarter, disclosing many of his long equity positions. We have already gone through his most recent 13F and discussed many of his largest holdings (see what stocks Robertson owned) but we also think that it’s important to look at more focused categories of companies and see what the legendary investor likes in those areas. Here are the five largest positions in Robertson’s 13F portfolio from the end of September with both trailing and forward P/E multiples less than 15:

Hospital owner and manager HCA Holdings Inc (NYSE:HCA) is another value stock that the billionaire likes. Robertson increased his position in the company to a total of about 560,000 shares, and it was one of his ten largest holdings by market value. HCA’s business has been seeing growth, and Wall Street analyst expectations for 2013 imply a forward P/E of 9; projections for the next several years bring the five-year PEG ratio to 0.7. As with Apple, there’s quite a bit of leeway for HCA to underperform expectations and still be a good value. Our biggest concern here is uncertainty regarding the role of government in further regulating the healthcare sector.

WuXi PharmaTech (Cayman) Inc. (NYSE:WX), a healthcare research and development lab, was another cheap pick in Robertson’s portfolio; his position was held constant at a little under 1.2 million shares. WuXi carries trailing and forward P/E multiples of 14 and 11, respectively. It’s possible that the market is discounting the company’s price a bit due to past accounting frauds at Chinese companies, as WuXi’s reported performance has been good but the earnings multiples look low.

A number of notable investors, including George Soros (check out George Soros’s top stock picks) have been getting into American International Group, Inc. (NYSE:AIG), with that company rising onto our list of hedge funds’ most popular stocks. Robertson remained an owner of the stock during the third quarter, and with AIG trading at 9 times consensus earnings for 2013- not to mention a P/B ratio of 0.5- it certainly qualifies as a cheap stock. Should AIG be trading at book value? Likely not, and we don’t expect it to do so soon as the market remains skeptical of its assets. Should it be trading at a smaller discount, making it a good value opportunity? Probably.

Robertson increased his stake in Barrick Gold Corporation (NYSE:ABX) by 46% to a total of about 380,000 shares. Net income in the third quarter of 2012 was less than half of what it was in the same period in 2011, but with the stock price falling 35% in the last year the gold miner is priced at 10 times trailing earnings. Certainly we don’t like that its business has been hurting, and we also acknowledge that it’s tied very closely to the price of gold, a commodity whose movements we don’t like to predict (though, at a beta of 0.3, Barrick is not very dependent on the broader economy). We’d think of it more as an alternative to a gold ETF or other gold miner rather than a pure value prospect. 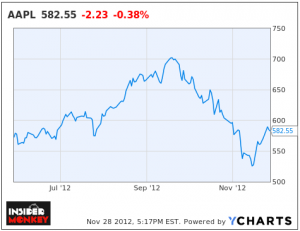 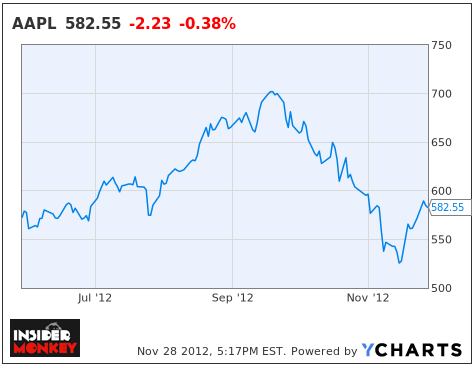