When I think of comparing the tech sector to the financial sector it is laughable. It’s like the east versus the west. When you think of Wall Street banks you imagine skyscrapers with a bank logo slapped on top of it. Technology companies bring up images of University campuses with a Collegiate feeling to them. The culture of Wall Street and Silicon Valley are so different it’s almost as if the two are separated by the Pacific Ocean from each other.

Despite that difference in culture, let’s just say both financials and technology stock exhibit one common characteristic, volatility.

Comparing the stock performance of financials versus technology The data goes as far back to December 1998. Technology stocks were off to an extremely strong start in the December of 1998 as they appreciated by 100% by 2000 to 2001 before crashing into a dumpster pit. The technology wizards fell from stardom.

Fast forward to 2007, and you see the innovative financial wizards on Wall Street soaking up all the lime light. In a matter of two years, the financial sector goes from generating a 60% yield over the course of ten years to generating a -50% yield in the same period. Geez, that’s some serious volatility. Anyone who had invested cash into banks 14 years ago would have lost 20% of their capital. Likewise, anyone who had invested into a basket of tech stocks would have lost 3.20% over the same period. Meanwhile, the gross domestic product grew by 77.35% over the same period. The “high-growth” industries wound up losing the most money for investors in a period of economic growth.

Bullish case for technology and financials

I believe that the worst is behind us in both the financial and technology sector. Investors should look for value plays that may offer substantial value arbitration opportunities. Stocks like Apple Inc. (NASDAQ:AAPL) and Microsoft Corporation (NASDAQ:MSFT) trade at exceedingly reasonable valuations relative to future growth. Other names in the financial sector like Goldman Sachs Group, Inc. (NYSE:GS), American International Group Inc (NYSE:AIG), and JPMorgan Chase & Co. (NYSE:JPM) offer compelling opportunities for investors looking for a short-term bargain.

After the dot-com boom and the stock market crash, the best value opportunities have been found in technology and financials. The reasoning is that these stocks have been avoided by Wall Street as being too risky, or difficult to understand. The high beta makes it difficult to justify adding these stocks as they could implode for whatever reason. Anything small to big could cause these stocks to go up and down the emotional joy-ride of volatility, most investors hate volatility and want predictable, safe, long-term growth.

Value opportunities in technology and financials The above figures show that the P/E multiple valuations range broadly, but upon closer examination each individual company is undervalued relative to growth or based purely on the balance sheet factors. 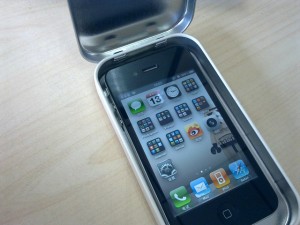 Apple Inc. (NASDAQ:AAPL) is heavily undervalued. The company’s P/E multiple is extremely low at 10.48. Apple’s products will most likely reach broader market appeal in China as Apple is going to release a lower-priced iPhone aimed at capturing a larger percentage of the market. IDC estimates that the smart phone market will be 1.4 billion units with a lot of those unit figures coming from China. In order for Apple Inc. (NASDAQ:AAPL) to compete in the China smart phone market, Apple must sell its products in the $100-$300 range in order to become more competitive. Apple’s primary growth strategy going forward is the iPhone 5 refresh, foreign markets, and the iPad. Tablet sales are projected to be three times as large by 2016 according to Gartner.

Analysts on a consensus basis anticipate Apple Inc. (NASDAQ:AAPL) to grow its earnings by 20% on average over the next 5-years. 10.48 earnings multiple is cheap, and with a $60B share buy-back program coming into play, the stock should be able to stage a strong come-back in valuation.

It seems that American International Group Inc (NYSE:AIG) is trading at an extremely high valuation with an earnings multiple of 27.70. Everyone should be suspicious of AIG’s high valuation. However, the company’s management team has been able to grow earnings at rates that were well above analyst estimates with earnings growth averaging 124.9% above forecasts in the past four quarters. AIG reported a $2B loss due to hurricane Sandy. Assuming AIG is able to avoid a hurricane, American International Group Inc (NYSE:AIG) could potentially earn a higher amount of net income for the current fiscal year. The company’s forward P/E multiple is 12 implying that the stock could be highly undervalued. Analysts on a consensus basis anticipate the company to grow earnings by 12% on average over the next 5-years.
Bet on Microsoft

Microsoft Corporation (NASDAQ:MSFT) has been able to post a solid quarter despite all the hysteria surrounding the PC shipment decline figure. Although the full-effects of declining PC shipments have yet to be felt, Microsoft’s cloud business will continue to generate significant growth, but an even greater contributor to growth is Skype. Skype has been able to increase its call volumes by 56% year-over-year. The growth in call volumes on Skype is highly indicative of the potential Skype has compared to all the other Microsoft segments. Skype web-calling is a far superior cost solution to calling than many other alternatives. This may imply that Microsoft could be the future phone company of the millennium.

On the bright side, Microsoft Corporation (NASDAQ:MSFT) sports a 2.78% dividend yield. Analysts on a consensus basis anticipate 5-year growth to be at 11.68% on average. Stable earnings growth along with decent dividends should keep investors onboard Microsoft. The 16 earnings multiple is well-deserved.

Goldman Sachs is in the zone

Goldman Sachs Group, Inc. (NYSE:GS) has been able to experience some robust growth from its asset management division with year-over-year growth of 12%. The growth in revenues was primarily driven by the rallying stock market which has helped to boost management fee income. The case for growth is further backed by increases in its investment banking which grew revenues by 36% year-over-year. The growth in investment banking activities is driven by the flurry of future IPOs.

Companies have greater incentive to publicly list during a bull-market rather than a bear-market. With the stock market trading at all-time highs, the number of IPO filings will increase. This should result in even larger investment banking revenues going forward. Goldman Sachs Group, Inc. (NYSE:GS) has been able to surprise analyst estimates in a range of 10-52% over the past 4 quarters.

With expectations set so low, Goldman Sachs is extremely cheap when trading at a 9.8 earnings multiple.

JPMorgan Chase & Co. (NYSE:JPM) the Wall Street darling has taken some serious hits in terms of reputational damage over the past-year. Fact is, the economy is growing slowly, and mortgage lending may see some upside as household formation may increase. That being the case, loan loss allowances and credit related charges both have declined at JPMorgan Chase. JPMorgan Chase reported 12% revenue growth from its asset management division. The company’s 3.10% dividend yield is an additional bonus. The 8.6 earnings multiple isn’t justified in light of the falling costs, and improving economic environment.

Fee income is likely to supplement future growth with analysts on a consensus basis anticipating earnings growth of 7% per year. The company’s growth is likely to be supplemented with cost-cutting, share buy-backs, organic growth, and cross-selling of financial products. Overall investors should anticipate stable yields and growth from JPMorgan Chase & Co. (NYSE:JPM) over the next 5-years.

Stable tech and financial stocks are a must in this day and age. The best way to counter-balance volatility is by buying the most financially stable/undervalued growth stocks in the space. That way, when winter comes, the investment portfolio isn’t as negatively affected by the volatility.

The article Technology Stocks Versus Financial Stocks originally appeared on Fool.com and is written by Alexander Cho.

Berkshire Hathaway Inc. (BRK.B): The Future of Distressed Deals Like Bank of...Apple Inc. (AAPL): Here’s What You Should Expect