Steve Jobs Palm: Although former Apple Inc. (NASDAQ:AAPL) CEO Steve Jobs has left the earth, his legacy will live on forever. Sometimes in a good way, sometimes in a bad way.

It is being reported by Reuters that Jobs “threatened to file a patent lawsuit against Palm if that company’s chief executive didn’t agree to refrain from poaching Apple employees.” This information was based on a court filing made public yesterday.

Why didn’t this information make its way to the public sooner? Here is a brief explanation from the Reuters article that helps clear things up:

“The communication from Jobs surfaced in a civil lawsuit brought by five tech workers against Apple Inc, Google Inc, Intel Corp and others, alleging an illegal conspiracy to eliminate competition for each other’s employees and drive down wages.”

“The defendant tech companies have attempted to keep a range of documents secret. However, U.S. District Judge Lucy Koh in San Jose, California rejected parts of that request, which led to details of Jobs’ 2007 communications with then-Palm chief executive Edward Colligan becoming part of the public record.”

In short, Jobs was hoping to eliminate competition between Apple Inc. (NASDAQ:AAPL) and Palm for the top tech talent.

Colligan added the following in a sworn statement:

“Mr. Jobs also suggested that if Palm did not agree to such an arrangement, Palm could face lawsuits alleging infringement of Apple’s many patents.”

At this point, it goes without saying that Jobs is unable to speak on the subject. That being said, it is safe to say that Apple will have to come out at some point to defend itself.

Reuters attempted to reach out to an Apple representative for clarification, but could not be reached for comment.

The same article goes on to discuss Colligan’s follow-up in greater detail:

What Does Gene Munster Have to Say About an Apple Inc. (AAPL) Smart Watch? 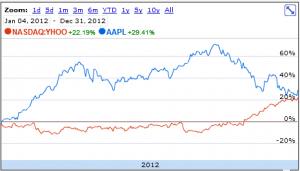 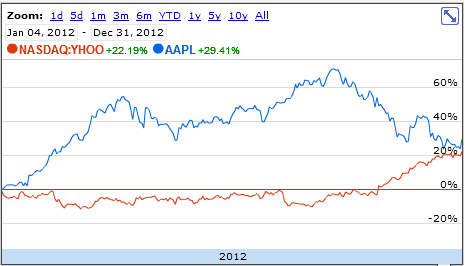