AOL, Inc. (AOL) Is Down and Out, Buy Microsoft Corporation (MSFT) Instead?

Share Tweet Email
AOL, Inc. (NYSE:AOL) has been working on a turnaround for some time now, moving away from being an Internet search contender and Internet provider to a full-blown content company. This is currently one of the things Yahoo! Inc. (NASDAQ:YHOO) is struggling with, finding its path; will it continue to try to contend with the Google Inc (NASDAQ:GOOG) search giant or make the full-blown move to the content and display space? It appears that with the recent Tumblr acquisition, Yahoo! is embracing its life in the content market. 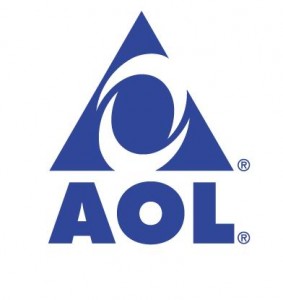 AOL, Inc. (NYSE:AOL) was once the leader in providing dial-up software, funneling dial-up customers through its web browsers and generating ad revenue. However, Google Inc (NASDAQ:GOOG) soon took over the search game and the Internet began to change, leaving AOL behind.
Since then AOL, Inc. (NYSE:AOL) has struggled, but it has gained traction in generating ad revenue. AOL now operates an extensive suite of brands and offerings, including online content, products and services. Its key properties are now throwing off strong revenue growth, including the Huffington Post, Patch and Games.com. But has AOL’s stock outpaced itself?
AOL, Inc. (NYSE:AOL) posted first-quarter EPS of $0.33, compared to consensus of $0.35; its stock tumbled more than 10% on the news.  But despite missing EPS expectations, the company saw top-line growth in its advertising revenue for the first time in five years.
However, from a valuation perspective, AOL has traded at a five-year average relative P/E of 163%, but currently trades at a 188% premium. AOL has managed to outperform Yahoo! Inc. (NASDAQ:YHOO) lately, and was up almost 100% for 2012, but it’s the future we look to. I think that Yahoo! could be the the turnaround bet of 2013, whereas AOL was the turnaround story in 2012.

Yahoo! reported first-quarter EPS that was up 11.6% sequentially and 48.7% year-over-year. Some of the future growth for Yahoo! should be in the display market. Yahoo! has plans to continue improving ad quality, better user experience and add new ad products to help drive click-through rates. The number of paid clicks jumped 16% sequentially last quarter, the fourth straight quarter that growth has accelerated.

The big news of late for Yahoo! is its $1.1 billion purchase of Tumblr, which has more than 100 million users, but little revenue. The deal has been compared to some of the other major tech deals that have allowed large-tech companies a chance to reinvent and re-innovate. Such deals include Google’s purchase of YouTube for $1.6 billion some seven years ago and AOL’s acquisition of Huffington Post for $315 million in 2011.

In 2012, the company generated 38% of revenue from display advertisements on its own sites, and the balance from search and other activities. What’s impressive is that Yahoo! currently gets no material revenue from mobile ads, leaving a huge market for the company to tap into.

Other than its search battle, part of the underlying value at Yahoo! is its Asian assets. Its investment in Chinese Internet company Alibaba had September- quarter revenue growth up 74%. Alibaba owns more than 80% share in China’s eCommerce market and an IPO in the next year or so could unlock a sizable profit for Yahoo!.
Microsoft Corporation (NASDAQ: MSFT) posted recent quarterly results (fiscal 3Q) with EPS that beat the consensus estimate by 7.5% and beat the 5.5% average positive surprise over the last four quarters. Microsoft also ended the quarter with cash of more than $74 billion, up approximately $6.2 billion during the quarter.
Microsoft Corporation (NASDAQ: MSFT)’s Bing search offering still makes up a small part of Microsoft’s revenue. The online-services division (OSD) was a small contributor to 2012 revenue, accounting for 4% of the total revenue. This segment includes Bing, Windows Live, Office Live, MSN portals and channels, as well as the Microsoft Online Services platform.
Microsoft continues to have a dominant position in the PC market, with its operating systems being used in the majority of PCs worldwide. However, the PC market has been slowing over the last two years due to natural disasters and supply chain issues. This remains Microsoft’s biggest weakness.
There is cannibalization of the core desktop market by mobile devices, and Microsoft’s Windows segment is dependent on its ability to build a position in mobile devices, particularly tablets. Yet, its Surface and Surface Pro have had supply constraints.

Going into 2013, there were a total of 95 of the hedge funds long Microsoft. With the smart money’s sentiment swirling, there exists a select group of notable hedge fund managers who were upping their holdings considerably. Donald Yacktman of Yacktman Asset Management is the top hedge fund owner by market share, with a $797 million position that makes up 4.8% of the firm’s 13F portfolio (check out Yacktman’s top five).

In second is Yahoo!, with 60 hedge funds owning the stock. Billionaire activist Dan Loeb’s Third Point had the most valuable position in the stock, worth close to $1.4 billion, comprising 26.6% of its total 13F portfolio (see Loeb’s small cap picks).
AOL had the lowest hedge fund interest of the three stocks listed, with only 19 hedge funds long the stock. This includes its top hedge fund owner billionaire D.E. Shaw, owning $93 million in the stock, which made up just 0.2% of his fund’s 13F portfolio (check out D.E. Shaw’s latest picks).
By the numbers
Both Yahoo! and AOL are two of the cheapest stocks in the industry, with PEG ratios of 0.1 and 0.5, respectively. What’s more is that these two turnaround stories are already generating returns well in excess of the other two industry giants.
Don’t be fooled
Although AOL is still working double time on its turnaround, I believe that Yahoo! could be the AOL of 2013. Where AOL was up nearly 100% in 2012, Yahoo! is up 33% so far in 2013, but could easily see further upside with the IPO of Alibaba, as well as the growth in display advertising.

The article AOL Is Down and Out, Buy This Other Tech Stock Instead originally appeared on Fool.com and is written by Marshall Hargrave.