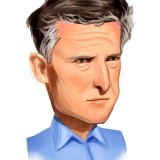 Tiger Cub Andreas Halvorsen has achieved significant success since leaving Julian Robertson’s hedge fund to co-found Viking Global in 1999. The fund recently filed its 13F, disclosing many of its long equity positions from the end of September. Read on for our quick take on Viking’s five largest positions reported on the 13F and compare them to previous filings.

Viking’s top pick was News Corp (NASDAQ:NWSA), with 31 million shares. News Corp plans to split into two smaller companies, and the general consensus is that this division will create shareholder value. Spinouts are often attractive investments because the management of the spun-out company can better focus on its core operations (read more about why investors like spinouts), and a breakup is a very similar corporate situation. This also explains why News Corp currently trades at 21 times trailing earnings- ordinarily that would be high, but we could see combined earnings from the two child companies bring considerably higher than what the company is currently doing. We’d wait to make any moves before getting more information on the split.

The fund also liked Apple Inc. (NASDAQ:AAPL), which once again topped our list of the most popular stocks among hedge funds for the third quarter of the year (see the full rankings). Apple’s stock price has dropped in the last couple weeks, and it now carries a trailing P/E of 12. Even if Apple’s growth rate slows- which would be reasonable for such a large company- it seems undervalued at that multiple. Viking actually increased its stake in Apple over the course of the quarter, closing September with 1.1 million shares in the fund’s portfolio.

Visa Inc (NYSE:V) was another of Halvorsen and his team’s top picks with the fund reporting a position of 5.3 million shares. Visa’s stock is up over 50% in the last year as credit card stocks in general have done well; the growth rate of earnings has been even higher than that, with net income 89% higher last quarter than in the same period in 2011. Wall Street analysts expect continued growth, and consensus for the current fiscal year (which ends in September 2013) implies a P/E multiple of 20. At that pricing the company would have to continue seeing high growth, and we’d advise investors to look at other credit card companies.

Viking bought shares of QUALCOMM, Inc. (NASDAQ:QCOM) during the quarter as well, increasing its stake by 54%. At a market capitalization of $106 billion, its trailing and forward P/Es are 18 and 13, respectively. The communications equipment company experienced double-digit growth rates in revenue and earnings in its most recent quarter compared to the same period in the previous year, and that combination of growth and value looks attractive. We might take a closer look at Qualcomm in the near future, as it appears that the company could be cheap.

Halvorsen moved heavily into Time Warner Inc. (NYSE:TWX), with the 2.7 million shares Viking had owned at the beginning of July becoming 13.5 million shares by the end of September. Time Warner Inc. owns properties such as HBO, Sports Illustrated, and New Line Cinema in addition to Time and Warner Brothers. Its business has been about flat- in the third quarter, neither revenue nor earnings changed more than 5% from a year earlier- though the stock price is up about 35%, easily outperforming the market. With a trailing P/E multiple in the teens, we think that it needs more growth to justify its valuation.

It looks to us like Viking really likes media stocks right now- News Corp we would be able to explain away as a special situation, but ramping up its stake in Time Warner makes two media companies among its top five picks. However, we’re more interested in its tech picks of Apple and Qualcomm and think those would be better for investors to investigate.

How Yelp Could Help Yahoo

Are We Getting Closer to an Apple Inc (AAPL) iTunes 11 Launch?

Facebook Inc (FB), Amazon, Groupon: How Did Tiger Global Trade Them in Q3?