An Exclusive Interview with the Cyberpunk Pro Visual Artist Dangiuz

Take a pinch of Salvador Dali, a shake of Blade Runner, and a generous sprinkle of Cyberpunk, put it in a pot, and leave to simmer until some point in the far off dystopian future, and you’ll have something akin to one of Dangiuz’s stunning 3D visuals. 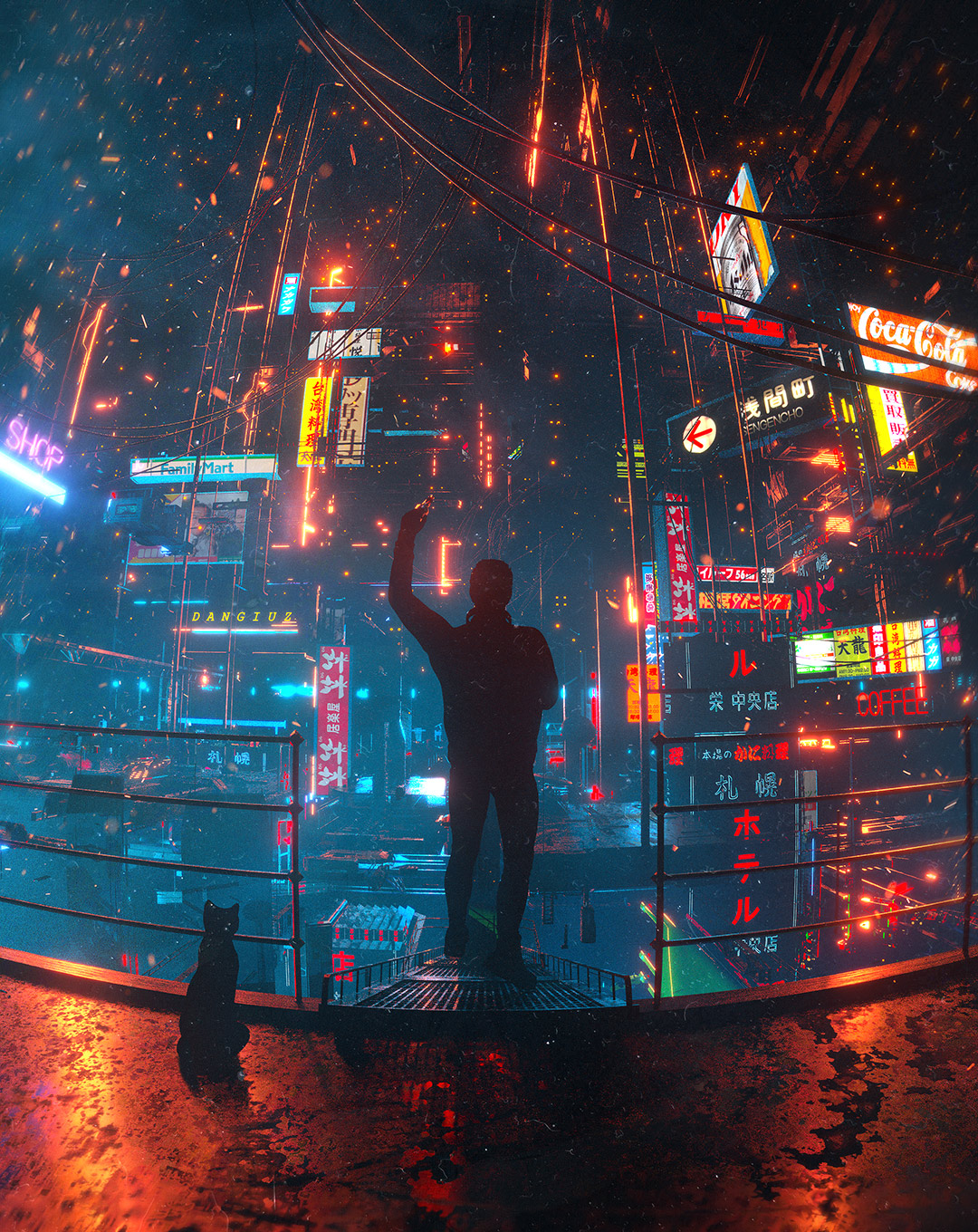 The Italian artist who was born Leopoldo D’ Angelo in Turin is making waves in 3D art medium due to his creations, which portray the human condition and the environment we may live in 50 years from now. His work has been described as ‘challenging,’ ‘thought-provoking,’ ‘enchanting,’ ‘harrowing,’ ‘mind-blowing,’ and ‘surreal.’ The one common thread they all share is that they look as if they were created by a man who has actually visited the future and dutifully documented, with an unblinking eye and steady hand, what he found there.

Q: Glad to connect with you, Dangiuz! Tell us what forms your vision for cyberpunk?

A: My work is heavily influenced by movies such as Blade Runner, Altered Carbon, and Ghost in the Shell. I work in the same sci-fi and cyberpunk category. My vision is one of a world where technology pretty much governs everything and all human life as we know it has been transformed completely, not necessarily for the better.

Q: Critics have often accused you of painting a canvas, albeit in neon-soaked technicolor, of a future that is often bleak and dystopian in nature. What do you have to say?

A: I have a little time for such remarks. An artist’s first and only duty is to the truth as they see it, and my vision of the future may be harsh and, at times, negative, but my work portrays what I envision. Take a look at the world we live in. Our lives are already governed by technology. Think of what it will look like 50 years from now, and then you’ll see my art is not so out there after all.

Q: What is the sci-fi genre telling us about the future?

A: Every sci-fi movie and novel you can think of never paints a pretty picture in terms of what awaits us all in the future. It’s a harsh truth but a necessary one to comprehend and document. Who knows, when people look at my art, they may be so disturbed by what awaits, it may even persuade them to change the way they are living in an attempt to divert the path we appear to be currently set upon.

Q: You think the future is dark?

A: People shouldn’t worry too much about the future. It’s not set in stone. Like art, the possibilities are endless. It’s all a question of what you can imagine and visualize.

It is said that real artists have no country; in Dangiuz’s case, they have no time period either. His art may document the future, but it has an infinite quality that looks set to grow in popularity as the years roll on.