Many investors want to invest in stocks, especially as the S&P 500 hit a new all-time high last week for the first time in more than five years. But prices on many popular stocks are extremely high, making some worry about whether the market has gotten too expensive.

With that in mind, I found five S&P 500 companies that are trading at very high multiples to their expected future earnings, according to the latest forward price-to-earnings figures based on earnings over the next 12 months as projected by S&P Capital IQ. Rather than immediately dismissing these stocks as being more costly than they’re worth, let’s take a closer look to see if there’s a good reason these companies can support such high multiples. 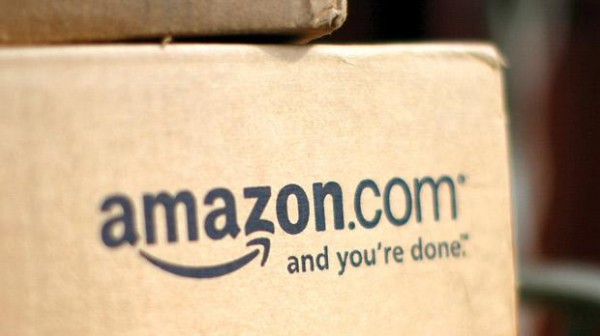 Amazon.com, Inc. (NASDAQ:AMZN), 158.2 forward P/E
Amazon.com, Inc. (NASDAQ:AMZN) is a huge company, with a market cap of more than $120 billion and revenue of more than $61 billion over the past year. But in many ways, it still acts like a start-up, taking aggressive measures to carve out new focus areas and worrying much more about attracting customers than earning profits. Recent price cuts on the already cheap Kindle Fire HD and its cloud-computing deal with the CIA are a couple examples of what Amazon is willing to do to boost sales in an attempt to get more customers into its ecosystem to generate profits down the road.

To justify paying premium prices for Amazon.com, Inc. (NASDAQ:AMZN) shares, you have to be comfortable that at some point in the future, CEO Jeff Bezos will shift from a market-share-driven strategy to a profit-maximizing strategy. Analysts expect much higher earnings in the next couple of years, but not enough to represent Amazon’s full potential. Maximizing profits could be years off, but so far, shareholders haven’t lost faith that it will come eventually.

Netflix, Inc. (NASDAQ:NFLX) faces competition from Amazon and others in its core streaming video space, and content acquisition deals such as the one it recently completed with The Walt Disney Company (NYSE:DIS) are a big gamble on the loyalty of Netflix’s customer base. Analysts expect earnings to double in 2014, but any slowdown in growth rates could lead to the same pain for shareholders that they suffered in 2011.

Moreover, Salesforce’s growth hasn’t been all that strong lately and isn’t expected to pick up much in the coming years. Earnings growth projections of 20% this fiscal year and about 30% for fiscal 2015 seem impressive, but they hardly justify such a lofty earnings multiple. Salesforce needs to accelerate its growth if it wants to avoid disappointing its shareholders.

Range Resources Corp. (NYSE:RRC) and Cabot Oil & Gas Corporation (NYSE:COG) , 59.1 and 48.4 forward P/E
Energy companies Cabot and Range Resources are closely tied to the fortunes of the natural-gas industry, with both being big players in the Marcellus shale play, with other assets scattered around the country. Low natural-gas prices have held earnings down in the short run, but investors haven’t hesitated to look past current weak conditions to send share prices soaring on hopes that profits will rebound.

Already, natural-gas prices have climbed somewhat, helping the bottom lines of gas producers even as they scramble to boost their more lucrative oil and liquids production. But the projections for much higher earnings for both of these companies rely not only on favorable energy prices but also on substantial production growth. So far, the energy boom has delivered on that growth, but you have to be comfortable with the assumption that it will continue before buying these stocks.

When paying up pays
Expensive stocks aren’t always bad stocks. But when companies have stock prices in the stratosphere, they have little margin for error when things don’t go perfectly. If you’re thinking about buying these stocks, be sure to tread carefully and make sure you understand all the risks involved before you buy.

The article The 5 Most Expensive Stocks in the Market originally appeared on Fool.com.

Fool contributor Dan Caplinger has no position in any stocks mentioned. You can follow him on Twitter: @DanCaplinger. The Motley Fool recommends Amazon.com, Netflix, Range Resources, and salesforce.com and owns shares of Amazon.com and Netflix.