After Losing Half Its Value, Is GoPro Inc (GPRO) Stock Still A Buy Going Into 2017?

With high risks and no major catalyst, GoPro Inc (NASDAQ:GPRO) stock continues to be a very risky bet going into 2017

What was supposed to be a year of promise for GoPro Inc (NASDAQ:GPRO) investors, has turned out to be another year to forget. Mired by inventory write-downs, delayed product launch and product failures, GoPro stock has hit one low after another. GoPro stock lost almost 50% of its value this year. On the plus side, the stock has performed better than last year when the stock had lost 70% of the value. If you are one of those investors who had bought the stock at its peak in October 2014, then you would have lost 90% of your investment! 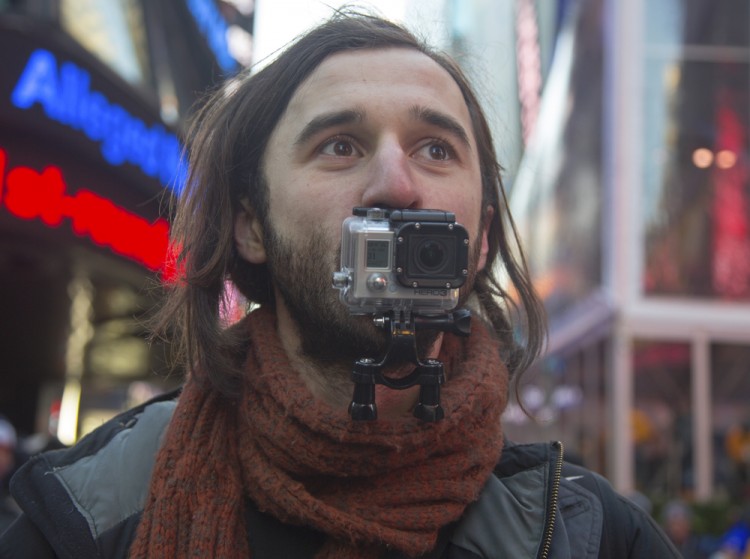 But in spite of such heavy losses, there are many investors (1) who continue to be bullish about the company. According to them, the stock has over corrected and it is not gloom and doom all around. During the Thanksgiving weekend, the company came out with a press release which showed that the action camera maker was enjoying a strong demand. Unit sales of cameras were up 35% YoY with major retailers, while on GoPro.com the sales were up 33% YoY. Sales in China was up 50%, and in Japan, sales were up 125% in that weekend albeit on a lower base.

Moreover, the company plans to return to profitability next year. Demand for Hero 5 camera continues to remain strong. According to NPD group, since the launch on October 2, HERO5 Black has been the best-selling Digital Imaging device in the United States. However, it is unlikely that the company is going to become the darling of investors once again anytime soon.

Also Read: Should You Buy GoPro Stock After The Strong Holiday Season Sales?

While GoPro Inc (NASDAQ:GPRO) disappointed on several fronts this year, the biggest one was the failure of Karma drones. Launched amid much hype and fanfare, the drone was supposed to take the stock on an overdrive. Instead, it crash landed, taking the stock along with it. The recall of Karma drone not only resulted in lost revenues but was also a blow to its brand image. Not only that, the company is now facing lawsuits for violating Securities Exchange Act of 1936 and misleading shareholders.

Not Having A Good Holiday Season?

Piper Jaffray analyst Erinn Murphy reiterated her bearish stance on GoPro stock with an underweight rating and a price target of $8, a 10% downside from the current price. The main reason for the continued bearish stance was the lower than expected holiday season sales. According to Murphy (2):

“Our weekly Amazon tracking indicates the average pricing basket of GoPro products has seen a sequential quarterly decline from $282 in Q3 to $265 in Q4.”. “This Holiday season has not gone as planned from our perspective,”.

GoPro Inc (NASDAQ:GPRO) also announced that the company will incur extra $7 million in severance package related to the closing down of the media division. The closing down of the media division is an integral part of GoPro’s plans to return to profitability. GoPro is already incurring $24-$33 million in restructuring charges. According to GoPro, the restructuring will allow it to reduce its operating expenses to $650 million ($735 million in GAAP) helping it to become Non-GAAP profitable next year. (Also Read: Can GoPro Stock Bounce Back After Its Bad Karma?).

It is not only revenues and income where GoPro is performing badly. A look at the chart below shows that even its cash position is deteriorating. The company is burning millions of dollars in operations.

The Bears Are Not Going Anywhere

A look at GoPro’s short interest data tells you that there are a lot of investors who don’t believe in GoPro’s turnaround story and are betting against the stock. In the latest reporting period, the total shorted shares came in at 32.8 million or a massive 34% of the float. The declining volume has pushed the days to cover at 8 days. While this shows the confidence of the bears, one must be careful before further shorting the stock, as a strong positive catalyst such as a heavy earnings beat or a bullish outlook could force the shorts to take cover, resulting in a massive short squeeze. However, any strong upside move in the stock is unlikely at the moment.

This has been another bad year for GoPro investors. The stock tanked more than 50%. The company continues to lose money and more importantly was forced to recall the Karma drone. With a drastic decline in the stock and strong bearish sentiment surrounding the stock, it is not surprising that the short interest is very high. While the consensus price target of $10 indicates 13% upside, GoPro stock continues to be a very risky bet going into 2017.

Looking for great tech stocks? Check out Amigobulls’ top stock picks (3), which have beaten the NASDAQ by well over 100%.

The article After Losing Half Its Value, Is GoPro Inc (GPRO) Stock Still A Buy Going Into 2017? originally appeared on amigobulls.com. Watch our analysis video on GPRO

Citron Says NVIDIA Corporation (NVDA) Stock Belongs At $90, Does It Really?
Monthly Newsletter Strategy
Download a free copy of our newsletter and see the details inside!
Hedge Fund Resource Center
Related News
Is GoPro Inc (GPRO) a Good Stock to Buy? Here’s Why GoPro, Oasis, JPMorgan, and Two Other Stocks Are in Spotlight Today GoPro (GPRO) Stock: It’s Time To Cut Losses! This Week in Tech: Apple, Amazon, GoPro and More Why GoPro, Ulta, Lindsay, and More Are Commanding the Spotlight GoPro, Southwestern, FactSet Research and More: What is Going On With These Falling Stocks? This Stock Has Gained Over 700% Today, Plus the Latest on GoPro, Petrobras and Sinclair 21 Highest Paying Countries For Expats 11 Most Important Historical Events That Changed The World Forever 11 Easiest Fields to Get a Job in
Billionaire Hedge Funds