A Form 4 filed with the SEC has disclosed that Lynda Davey, who serves on the Board of Directors of The Wet Seal, Inc. (NASDAQ:WTSL), purchased 62,500 shares on April 15th at an average price of about $3.19 per share. She now owns a little over 116,000 shares directly. While the women’s and girl’s apparel retailer’s stock price popped on the disclosure following a decline over the past couple of days, as of this writing it currently sits at about that level. We track insider purchases because we think that insiders should tend to be confident in the company’s prospects when buying additional shares and increasing their company-specific risk rather than diversifying. Studies do in fact show a small outperformance effect for stocks bought by insiders (read our analysis of studies on insider trading). Our database of insider trading filings shows that a company officer had been buying shares about two months ago of prices of about $3 per share (see a history of insider purchases at Wet Seal).

The Wet Seal, Inc. (NASDAQ:WTSL) was unprofitable in its most recent fiscal year, which ended in January 2013. In addition, operating statistics were quite poor: same-store sales decreased by 10% compared to the previous fiscal year, with sales per square foot decreasing at the same rate. The company reported an operating loss, a little less than half of which was due to an asset impairment charge but was primarily due to poor business conditions.

Wall Street analysts expect The Wet Seal, Inc. (NASDAQ:WTSL) to experience net losses during the current fiscal year as well before recovering. At a market capitalization of about $280 million (on average, over 500,000 shares are traded per day and so at current prices there is over $1 million in daily dollar volume), the stock trades at 24 times forward earnings estimates. Hedge funds were not very excited about the stock in the fourth quarter of 2012, judging by 13F filings: the largest holder of the stock among the filers we track was Cliff Asness’s AQR Capital Management, with less than $10 million invested ( a very small position for the large hedge fund). Find Asness’s favorite stocks.

The Wet Seal, Inc. (NASDAQ:WTSL)’s peers include The Jones Group Inc. (NYSE:JNY) and bebe stores, inc. (NASDAQ:BEBE). Bebe is also unprofitable on a trailing basis, and it too has been experiencing lower sales. The sell-side expects it to remain narrowly unprofitable on a forward basis, and many market players are bearish with 10% of the float held short. We would avoid the stock. Jones Group was unprofitable in 2012 but this was entirely due to special items. Sales growth for the year was limited, but adjusted earnings actually make the company look like at least a prospective value play: 2014 consensus, which is roughly in line with the adjusted figures, imply a forward P/E of 11.

We can also compare The Wet Seal, Inc. (NASDAQ:WTSL) to Tilly’s Inc (NYSE:TLYS) and to Ann Inc (NYSE:ANN). Each of these two companies grew their revenue at moderate to high rates in their most recent quarter compared to the same period in the previous fiscal year. In the case of Tilly’s, however, net income came in 30% lower. With trailing and forward P/Es of 15 and 14, respectively, analysts are apparently not expecting much improvement in the company’s bottom line and given the recent financial performance we would avoid it. Ann’s earnings growth during the same quarter was respectable, and it actually trades at a small discount to Tilly’s on a trailing earnings basis. With little growth needed in order to make it a value stock, we’d be interested in learning more about the company.

This doesn’t look like a wise insider purchase to imitate. With The Wet Seal, Inc. (NASDAQ:WTSL)’s comp sales down, and the business actually seeing negative operating profits in the last fiscal year, it seems quite speculative to us to buy the shares on the hopes of a recovery. If an investor is interested in the industry than Ann or Jones Group look like they are more worthy of moving on to the next step of a research process. 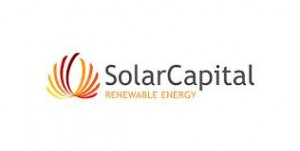 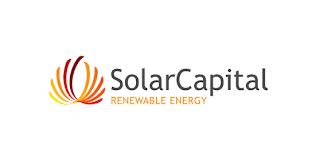 This Metric Says You Are Smart to Sell 8×8, Inc. (EGHT)
Monthly Newsletter Strategy
Download a free copy of our newsletter and see the details inside!
Hedge Fund Resource Center
Billionaire Hedge Funds