Overall, the stock looks to be an expensive one given that it is trading at a forward multiple of 15 times. The company’s stock is up 24% since the start of the year. The stock has recently been downgraded by Goldman Sachs, showing the negative sentiment that the market holds for the company.

A hat-trick of earnings beats

Kennametal Inc. (NYSE:KMT), the manufacturer of metalworking tools and solutions, reported its results on Jul 26. The company, like its peers, topped the earnings per share estimates as the company reported earnings per share of $0.76, which was $0.02 more than the estimates. Given that this was the last quarter of the company’s financial year, investors were curious about its guidance for the next financial year.

For the 2014 fiscal year, the company’s guidance reflects organic top line growth of 5% to 7%, which is approximately 2 times the previously-forecasted industrial production growth of 3.3%. The company is also expected to continue to generate strong cash flows and will remain consistent with the capital allocation strategy.

The valuations seem cheap for the stock. The stock trades below an average multiple of 11 times. This discounted multiple may be attributed to the inventory management issues that the company has been facing lately. During its earnings call, the company indicated an inventory reduction of $41 million for the year, which fell short of $60 million target that the company had stated at the start of the fiscal year.

Given that the stock has climbed 7% since the start of the year (as compared to S&P 500 being up 20%), it seems that most of these issues have already been baked in the stock prices. The bulls have reasons to be bullish on the company – A recovery in infrastructure remains around the corner. It also has a solid share repurchase program under its belt.

Those who say multi-industry stocks hardly move have not understood or followed this space properly. This space has been the most exciting in context of merger and acquisition activity, dividend hikes and share repurchases. This has helped stocks of companies like A. O. Smith Corporation (NYSE:AOS) and Kaydon Corporation (NYSE:KDN) to beat the market. However, there have also been companies like Kennametal Inc. (NYSE:KMT) that have not climbed the ladder as quickly as their peers and hence pose a good investment opportunity.

The article One Multi-Industry Name to Buy, Two to Hold originally appeared on Fool.com and is written by Zain Abbas.

Zain Abbas has no position in any stocks mentioned. The Motley Fool recommends Kennametal. Zain is a member of The Motley Fool Blog Network — entries represent the personal opinion of the blogger and are not formally edited. 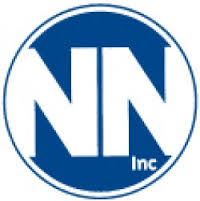