George Soros may be the most controversial billionaire on the planet. Many of his investment choices are widely applauded by the market, like his entries into J.C. Penney Company, Inc. (NYSE:JCP) and Herbalife Ltd. (NYSE:HLF) earlier this year. Other moves, like his recent decision to support a pro-Hillary Clinton super PAC, or his $100 million donation to various immigration reform projects, have been met with more criticism.

One aspect of George Soros’ fortune that hasn’t been covered a lot concerns the lesser-known companies he is invested in. We’ve analyzed how Soros plays the stock market on a broad scale before, but it’s also worth it to look at his small-cap stocks. According to our research at Insider Monkey, hedge funds’ small-cap picks offer market-beating potential (learn how we returned 47.6% in our first year).

With a market cap of less than $2 billion, Adecoagro SA (NYSE:AGRO) is Soros’ largest small-cap bet. He’s been invested in the South American agricultural company since the first quarter of 2011, when he held 27.1 million shares of its stock. Adecoagro went public in January of that year, so it’s possible he bought in at the IPO. In his last 13F filing, Soros revealed his stake has fallen slightly to 25.9 million shares, and since its IPO, Adecoagro has lost 33% of its market value.

Despite the fact that Adecoagro hasn’t been a successful investment for Soros yet, it’s still worth considering as an ultra long-term play. The main reason anyone is bullish on this company is its arable land portfolio, which consists of nearly 50 different properties in Uruguay, Argentina and Brazil. Farm prices in these countries have actually appreciated by a greater average rate than they have in the U.S., and Adecoagro’s diverse exposure to different types of crops should stave off risk in any one area.

It’s pretty clear that Soros sees value here at 11 times forward earnings and a mere 0.9 times book, but if you are interested in this stock, be prepared to hold it for a while. We expect Soros will.

Shutterfly, Inc. (NASDAQ:SFLY), meanwhile, is Soros’ second largest small-cap investment, and the Internet-focused image publisher has been a great stock in 2013. Shares of Shutterfly are up more than 60% year-to-date, and earnings growth is expected to accelerate in the coming years.

The company averaged EPS expansion of 11% a year over the past half-decade, but Wall Street expects this annual rate to sit near 16% through 2018. Shutterfly isn’t priced very cheaply by any means, but it has beaten earnings expectations in four straight quarters. Weak guidance led to a 10% selloff over the past week, but the long-term growth prospects are still here, as is Soros.

Exar Corporation (NYSE:EXAR) is Soros’ third largest small-cap bet. Among the funds we track, he’s been the semiconductor company’s biggest backer for nearly three years. Exar is up 30% year-to-date and according to analyst estimates, it’s still one of the more undervalued names in its industry. Shares trade at just 2.6 times cash and 2.2 times book, and a bullish macro environment should aid Exar in 2014. Slimmer inventories should lead to sales growth next year, and demand trends are generally positive.

Acacia Research Corp (NASDAQ:ACTG) and Spreadtrum Communications, Inc (ADR) (NASDAQ:SPRD) are a couple more small-cap names in George Soros’ equity portfolio. Acacia has been in the billionaire’s grasp for as long as we’ve tracked him, while Spreadtrum was a new buy at the beginning of 2012.

The latter is on the verge of being officially acquired by Tsinghua Unigroup for $31 a share—it currently trades near $30.50—and has had a very nice year. Acacia, on the other hand, has not, and is down 40% in 2013 amid volatile revenues and rising legal costs. We’ll watch Soros’ stake here to see if anything changes in future filings. 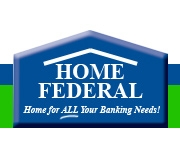 Activist Jeff Smith Says He Plans to Sell 1/4 of His Integrated Device Technology...