Earlier this month, the leaked 3D print designs of guns were downloaded over 100,000 times on the internet, and authorities around the globe now fear the proliferation of homemade guns on the streets. But then, just when 3D printing was starting to look like a bane, a doctor saved a newborn’s life by implanting a 3D printed trachea. 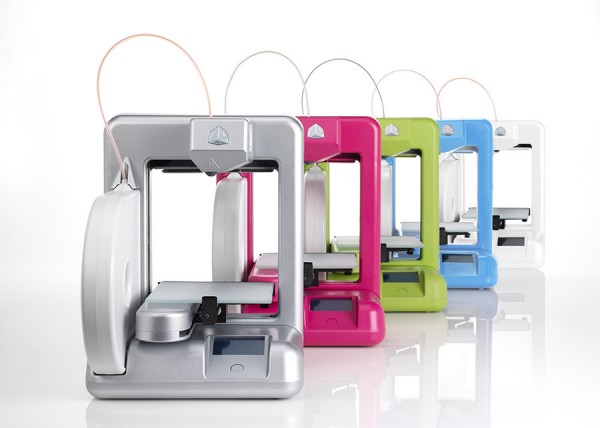 In a bid to extend its lead, Dassault Systemes recently announced the acquisition of SIMPOE. It is a leader in plastic injection molding simulation, which forms a forms a major part in the manufacturing of technological equipment.

Besides that, the acquisition is expected to expand the simulation and designing capabilities of its 3D Experience. With software improvements, Dassault Systemes can picture a profitable future, as competition in 3D printing on an industrial scale begins to increase. Although the particulars of the deal were not mentioned, the acquisition should be a huge value addition for Dassault Systemes.

But if investing in 3D printer manufacturers is the priority, 3D Systems Corporation (NYSE:DDD) and Stratasys, Ltd. (NASDAQ:SSYS) should make it to the list.

Both 3D Systems Corporation (NYSE:DDD) and Stratasys, Ltd. (NASDAQ:SSYS) are the leading manufacturers of 3D printers. Stratasys provides industrial-scale printers, most of which are out of reach from the common consumers. On the other hand, 3D Systems Corporation (NYSE:DDD) manufactures printers for both industrial and domestic uses. It is because of 3D Systems that retail consumers can make use of the technology on a relatively smaller and cheaper scale.

Thanks to viral marketing and easy availability of 3D printers, 3D Systems Corporation (NYSE:DDD) has been growing at a rapid rate. For the recent quarter, the company posted a mammoth sales increase of 31% YoY, which was accompanied by a 24% YoY surge in its quarterly EPS. As a result of its impressive growth momentum, shares of 3D Systems have appreciated by 145% over the last year.

Although its shares appear to be overvalued, I believe that 3D Systems still has plenty of upside to offer. The company is foraying into a mobile platform, allowing users to design and print 3D models directly from their iOS devices. It’s easy and simple user interface has made 3D printing more of a “fun thing,” rather than just being available for utility purposes.

Besides that, the company recently also launched its ProjectX line of 3D printers, which are compatible with smartphones, tablets and PCs. According to the company, the new line of printers offer realistic color vibrance, with up to 6 million colors in a single printed part. According to the management of 3D Systems, the new line of printers should attract more consumers.

Even Stratasys, Ltd. (NASDAQ:SSYS) is growing at a healthy pace. For the recent quarter, the company posted an impressive earnings growth of 34%, with a 120% surge in its quarterly revenues. Although its shares have appreciated by 65% (lower than 3D Systems), analysts estimate its annual EPS growth to average around 30% over the next year (higher than 3D System’s (NYSE:DDD) 22%).

Earlier in December, Stratasys, Ltd. (NASDAQ:SSYS) merged with 3D printer manufacturer Objet. It is due to this merger that Stratasys has been able to report stellar financial growth. However, there wasn’t much value unlocking, which is why shares of Stratasys haven’t appreciated as much as those of 3D Systems’ (despite reporting greater sales and earnings growth).

For sustainable growth I believe that Stratasys would be a better option than 3D Systems since its printers are deployed on an industrial scale (with a sense of utility and purpose). However, risk-taking investors looking for quick gains can consider investing in 3D Systems. But remember, “The trend is your friend, until the end.”

The article 3D Printing Companies Could Continue To Head North originally appeared on Fool.com and is written by Piyush Arora.

Piyush is a member of The Motley Fool Blog Network — entries represent the personal opinion of the blogger and are not formally edited.