Tredegar Corporation (NYSE:TG) is in the business of plastic films, and its products can be found in anything from the diapers that you put on your runaway toddlers to the film protecting your LCD television screen from damage. The company is sitting in a comfortable position because not only is there rising demand for its products, but the business is being run in an efficient way that’s translating to the bottom line. 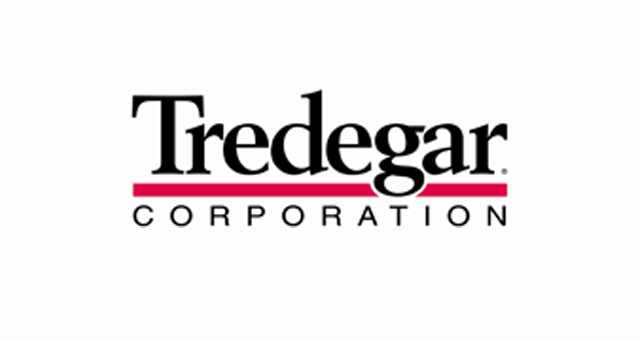 Any weakness that the company has experienced in its film-products segment because of a shift away from higher-end products in the personal-care market, which is beginning to show signs of stabilizing, has been offset by stronger performance and margins in its aluminum business. From the first quarter of 2012 to the first quarter of 2013, the operating profit from its aluminium business rose by $2.9 million to $4.6 million. Margins are improving as a result of higher selling prices and the company is also benefiting from stronger sales volume.

As for its film-products segment, Tredegar Corporation (NYSE:TG) seems to be in good hands, but there are risks. Its largest customer is The Procter & Gamble Company (NYSE:PG). Last year, Tredegar’s net sales to P&G were $264 million, slightly lower than the $280 million it did in sales with the consumer products giant in 2011.

It’s risky to have one key customer, and that’s pretty much the scenario for Tredegar Corporation (NYSE:TG) in terms of its film-products business. The risk becomes especially obvious when the key customer is in a time of transition, which is pretty much the case at The Procter & Gamble Company (NYSE:PG) right now. The company just brought back A.G. Lafley as its chief executive to succeed Bob McDonald who is retiring at the end of this month.

The uncertainty about that appointment is that Lafley’s successor is already being discussed. He’s not expected to remain at the helm for too long, and the company is making organizational changes that underscore the transition that is currently unfolding at P&G.

The Procter & Gamble Company (NYSE:PG) has been under-performing some of its peers in terms of expansion, although the company is making efforts to change that. It expects that by the end of its fiscal year, developing markets will contribute $33 billion-$34 billion in sales, which the company says trumps that of its competitors, according to a recent  Deutsche Bank AG (USA) (NYSE:DB) global consumer conference. The Procter & Gamble Company (NYSE:PG) is witnessing rising market share in India and Brazil.

Expansion is afoot at Tredegar Corporation (NYSE:TG). It has a foothold in the Latin American market where it is pouring money into raising capacity at its Brazilian film-products operation. This year, it will invest some $50 million into a project that will ultimately command a $75 to $80 million investment. The equipment from that project should begin operating next year. Brazil offers Tredegar tax incentives that allow it to operate at a lower tax rate while doing business there.

That’s a positive development, considering that the company is being hurt by lower interest rates in the U.S. The low rates are putting pressure on its pension expenses. Higher pension expenses are suppressing the company’s bottom-line performance somewhat, and that scenario is persisting this year.

Those low rates would have come in handy when financing Tredegar Corporation (NYSE:TG)’s expansion efforts, but the company has solid cash flow. Over the last four years, it has generated some $300 million in cash from operations. This year, capex spending is on the rise and the company is also opportunistically buying back its own shares and has raised its dividend three times in as many years.

It has about $80 million in net debt. Not bad. Tredegar Corporation (NYSE:TG) is light a freight train that is gaining steam  and shedding non-core assets (such as last year’s sale of its banking business and closure of its residential-construction facility) along the way.

According to its most recent annual report, Tredegar plans to direct some $19 million in capex into its aluminum business this year; this is up from less than $3 million last year. The company is adding capacity to its aluminum facilities to handle rising demand stemming from the auto industry.

Johnson & Johnson (JNJ): Is This Healthcare Company a Strong Investment...

The Procter & Gamble Company (PG) Is Still Below Par