The Cryptocurrency IEO Trend Is Here To Stay

Published on October 10, 2019 at 9:53 am by Insider Monkey Staff in Bitcoin, Ethereum and Other Cryptocurrencies, News, Tech

The cryptocurrency space is a dynamic one that has been expanding rapidly in the financial and investment sector. It is no longer just about buying Bitcoin and hoping for growth, there are also chances to get in early with Initial Coin Offerings (ICO), and more recently, Initial Exchange Offerings (IEO) .

ICOs have had their time and now there is significant interest in their evolution IEOs which have sprung up to try and fill the same niche, but with a more robust background. Now, exchanges, which have garnered much experience and understanding of the needs and requirements of the cryptocurrency space, are the ones working to make these fundraising offerings more sustainable and secure for investors.

ICOs, like IEOs, are token sales intended for the fundraising of a project, but also for investors to be a part of the startup of a blockchain project. The primary difference between the two however is that IEOs are run and controlled by experienced exchanges, rather than the projects themselves.

An IEO also allows projects to sell tokens to investors to raise capital, but they offer greater security for users, improved transparency, bring about a fairer system that can benefit newcomers by operating through a well-known exchange.

It has become a new way to drive innovation in the blockchain sectors, helping startups achieve their goals, but with the backing of leading crypto exchanges like Binance, Huobi, Bittrex and even Coinbase who can assist in ensuring the smooth running of these fundraisers.

Likened to the IPO model

Perhaps another way to understand IEOs is to look at the more traditional IPO model. IPOs, or Initial Public Offering, is when a company takes its stocks to the public to be traded in another form of fundraising. The largest IPOs are very recognized, and not all people tend to know which company went public and which didn’t. Alibaba Group’s (NYSE:BABA) IPO for example raised $25 billion in 2014 and is considered to be the largest IPO at all times. SoftBank Group (TYO:SFTBY) managed to raise $24 billion just last year. IPOs has become a powerful tool for the advancement of business, but there are of course cautionary tales here too; WeWork’s recently-delayed being one of these.

IEOs have started grabbing the attention of investors again as they have been picked up by names that are associated with trust within the cryptocurrency sphere. One of the most recognizable names in cryptocurrency, Binance, has been seeing massive success with its IEOs.

Data suggests that of the four projects Binance has launched on its IEO platform, there has been a return of 203 percent which is not only good news for the projects but also the investors in this new form of fundraising.

BitTorrent, the torrenting platform bought out by Tron, had a successful IEO on the Binance launchpad earlier this year that saw ROI in USD of 940 percent. Others, such as Huobi Prime platform, also had positive median ROI percentages, and have been helping their products in a manner which is more prone to further success following the fundraising stage.

This growing market has become a model for success for startups, but it has also become a way or exchanges to set up launch pads for blockchain projects in order to getter a deeper foothold in the market. That is why it is unsurprising that some of the more prominent exchanges are succeeding as launch pads, and others, like Coinbase, are looking to jump in.

Meanwhile, there is a lot of focus on upcoming IEOs which can continue to drive the blockchain space, as well as offer interesting options for investors to get behind. No longer about looking for the next big money maker, projects with potential growth in the future are high on the radar.

A project set to launch in Q4 2019 on BitBay, called QAN, is already looking ahead to the threat of quantum computing on blockchains and how they can be resistant chain to the impending threat. 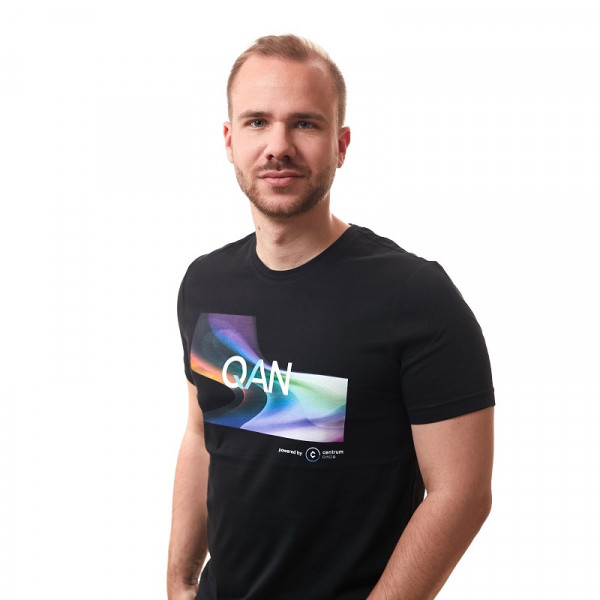 The need for the next generation of blockchain projects to be more than just tokens is highlighted by QAN which is looking at quantum computing and its threat, and on the problems of scalability and user-experience for enterprises. For example, transaction fees on the QAN blockchain are fixed on USD instead of the QARK token, to provide enterprises with a stable and predictable flow of funds.

“Enterprises are more open to adopting Blockchain technology as they have started to grasp the many possibilities it could add to their processes. Thanks to the QANplatform now they can easily, and immediately, integrate the technology as QAN waives entry barriers completely. On top of that, QAN is the first blockchain platform to offer resistance against Quantum computing attacks using Lattice cryptography.” says Johann Polecsak, QAN’s co-founder and chief technology officer.

With news of Google’s (NASDAQ: GOOG) recent technological advancements in the quantum computing field, it definitely seems like blockchains should prioritize becoming fully secure against these kinds of advancements.

Another IEO, Azultec, which ends towards the end of October and has been ongoing on Shortex, is another that highlights the importance of integrated technology as it aims to become the biggest CGI rendering farm through the use of blockchain technology as well as cryptocurrency rewards and decentralized input.

Indeed, IEOs may well be the next step on from ICOs, in terms of their form and function. However, they are also the next step in the evolution of blockchain projects. ICOs were a greedy game of making money, whereas IEOs are projects more curated for the investor who sees the future as being blockchain, and more.