Rewind back to February 2020 and the Australian dollar had just fallen to an 11-year low, as it hit 65.43 USD. This came at a time where the economy was beginning to stagnate, construction work data was lower than expected and the RBA was expected to cut rates. It was a one-way traffic out of Australia, with the Coronavirus just beginning to strengthen its grip, and suddenly Australia didn’t seem the stable, consistent force it always has been.

Coronavirus entered Australia quite early on, and rates had dropped 10%. It doesn’t help that Australia is a huge expat and holiday destination, so locking down the borders certainly hit the currency too.

Thankfully, Australia just about kept its status of being a consistent, resilient economy. From the beginning of April onwards, it has been nothing but relentless strengthening. There’s no doubt that the professionalism and care taken by the Australian government in controlling the Coronavirus was a big part of this early recovery. 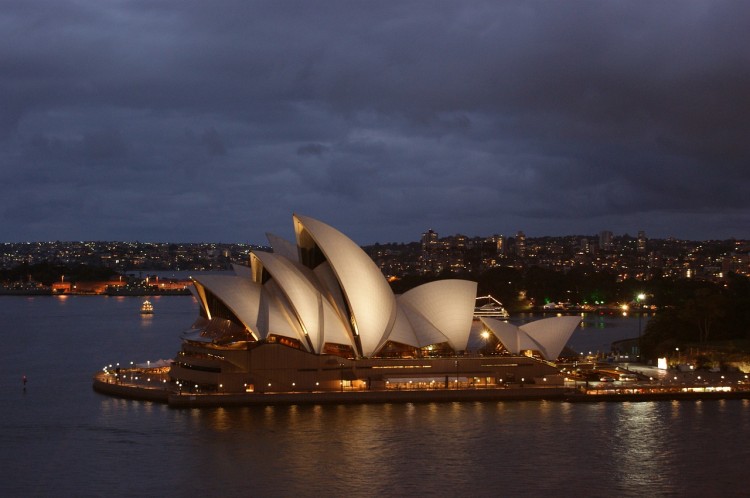 With only 706 COVID-19 deaths, they rank 56th worldwide in terms of death count. For a country that’s incredibly popular worldwide with many coming in and out, they were certainly at a disadvantage. Yet, their numbers are comparable to Japan and Denmark, two countries that have been highly praised for their effectiveness at controlling the pandemic’s spread.

AUD/USD more recently has kept its gains too, even with some very poor trade data being reported for Australia (narrowing to AUD 8,025 in May). This resilience is partly due to those numbers being somewhat expected.

It would have been expected that the RBA are more concerned than they are around the strengthening of the AUD, particularly with exports really struggling. In fact, NZ are in a similar situation but are certainly more concerned.

The Australian dollar kept its 2020 highs throughout June with the RBA keeping their official cash rate at a record low of 0.25%, and speculation around further monetary support. Although it remains to be seen, the monetary and fiscal activity by authorities should help jumpstart the economy.

Even if there is a global economic downturn, Australia may have an FX advantage in that they’re ahead of many other major countries in reducing infections, and thus rolling back social distancing. This will allow businesses to open before overseas competitors. Such a proactive recovery may also force the RBA to act, though Standard and Poor’s and Fitch ratings have cut Australia’s credit rating outlook from Standard to Poor.

RBA Harper alludes to gains being somewhat shallow above 0.70 to the USD, which is currently is. This appears to be the ceiling for now, but the forthcoming monetary policy, Coronavirus, trade data and US pharma performances will all be a depending factor.

Why the Australian economy is safer than others

The Australian economy is always considered to be somewhat safer than the US, UK and others. This still remains today, despite their bumpy ride in the last 12 months. This is largely because we like to think history can help tell us the future, and if you’re looking for the last Australian recession, you have to have a good memory because it came 29 years ago.

It just didn’t seem as though Australia are as highly dependent on their finance sector — something that was undergoing a huge speculative bubble during the 2000s. It was still impacted of course, and the Australian housing market is somewhat inflated too, but it had a lot of other things going on.

The Australian government not only reacted strongly in a fiscal sense, but it was benefitting from the Chinese economy boom as well as a growing mining industry. These manage to offset the collapse, and these are still factors helping Australia keep their economy going even today.

The Australian government is also somewhat pragmatic, which gives people peace of mind. We can see that in the way they dealt with the 2008 crisis, and we can see it today with the Coronavirus.

Should non-Aussies consider putting some of their assets in AUD?

Before discussing whether you should buy some AUD, we should establish that the way you buy AUD is super important. If you want to avoid paying the ~4% exchange margin (plus fees) that your bank will charge, finding the best company for international money transfers will already give you a head start.

Australian property has been a hot market for a long time. Relentless growth, year on year, as the handful of major cities exploded in density and price. In the long run of course, no one is too worried about this market, but there are some concerns in the short run. Even before Coronavirus, the market was becoming precarious, and its growth was slowing. But with the inevitabilities of the COVID-19 pandemic, the AMP chief economist Shane Oliver has put the forecasts at a declining 5% to 10%.

“I thought a month ago we’ve managed to get the virus under control, which might have removed some of the downside risks, but the new virus outbreak has reopened those risks”

“The lockdown poses a renewed threat to the economy, which ultimately is a negative for the property market.

“I was looking for around 10 per cent price drops in Melbourne and Sydney. With the virus outbreak, the risk of a 20 per cent house price fall has emerged again.”

It just isn’t a great time to invest in property — anywhere. Markets are over inflated, the pandemic looks as if it may have a second wave, and a recession looms.

However, the AUD itself appears to be stable going into the second half of 2020. This might be a safe space for some of your wealth, and the liquidity of foreign currency as opposed to assets can soothe stress, particularly during a potential crisis. This may not be the most proactive, high-yield investment but if you want to hedge against the possibility of a global recession, this is a great place for it. Relatively speaking, it would be unlikely for Australia (and its AUD) to suffer more compared to the US and much of Europe.

Is Australian Dollar A Good Currency To Buy?