The 10 Most Important International Conflicts in 2014

If you follow the news carefully, then you probably have a pretty good idea of what the most important international conflicts in 2014 were. Yet not all conflicts are covered by the media and some receive little or no attention at all. Civil wars that have been going on for years are especially prone to lose their spot in the news cycle, as viewers tend to become uninterested in long-lasting feuds in far away places. 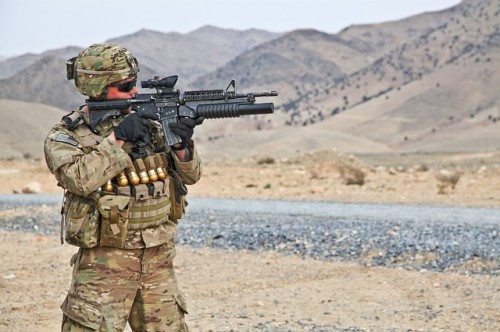 Whether ongoing or recently concluded, the most important international conflicts in 2014 have come to our attention due to the large scale violence they often produce. Whether civil wars, insurgencies, or inter-state conflicts, these events not only affect the local populations, but have a deep impact on the international community. Hence, even when armed conflicts are apparently local, such as the Somali Civil War, they rarely go unnoticed, and sometimes even result in foreign intervention. Thus, our list of the most relevant international conflicts in 2014 will include some items which some might consider as only affecting their country. We have not ignored these escalations of violence, since they also affect neighboring countries and stir up debate at the United Nations.

If you have read our previous post regarding 9 facts you won’t believe a majority of Americans don’t know, then you won’t be surprised to learn that most US citizens are not aware of the international conflicts we will present in this article. As stated above, the media covers some issues, while others take on a secondary role or are left out altogether. In addition, many armed conflicts stem from complex historical issues, which only experts really understand and care to investigate further. Nevertheless, we wish to change this sentiment by not only listing the most important international conflicts of 2014, but also stating why they are relevant.

In order to arouse further interest regarding this topic, we have focused on the most violent conflicts, taking the amount of fatalities in 2014 as our desired tool of measurement. According to the way we decide to look at armed feuds largely affects the ranking of the conflicts, so bear in mind the relevant factors at hand when you browse through the following list.