Are Marriott’s Hotels Cheap or Expensive?

Marriott International, Inc. (NYSE:MAR) spun out its vacation ownership business a little less than a year ago (in November 2011) and the stock is up about 28% so far in 2012. It’s possible not only that those operations were more valuable as a stand-alone business, but also that Marriott’s management has been better able to focus on core operations without having to devote time and effort to vacation ownership. Marriott’s portfolio of hotel brands, which includes Renaissance Hotels, Residence Inn, and Ritz-Carlton in addition to its flagship brand, gives it over 3,700 hotel properties and over 640,000 rooms.

Markel Gayner Asset Management, headed by Thomas Gayner, reported a position of 1.4 million shares at the end of June. Markel Gayner has had roughly the same size position for over a year (find more stocks Markel Gayner owns). While billionaire Jeffrey Vinik’s Vinik Asset Management reduced the size of its position, it still owned 1.2 million shares of Marriott International, Inc. (research billionaire Jeffrey Vinik’s favorite stocks). Ascend Capital, which had about $3 billion in assets under management in early 2011 and is managed by Malcolm Fairbairn, increased its position to 1 million shares at the end of the second quarter (see more stock picks from Ascend Capital).

In the quarter ending September 7th, 2012 (the third quarter of Marriott International, Inc.’s fiscal year), revenue was up 5% (after subtracting timeshare related revenue from 2011), which was a slight increase from the revenue growth rate it had done in the first half of the fiscal year. If timeshare operating costs and impairment charges from the third fiscal quarter of last year are also excluded, net income was up from about $109 million to $143 million (this increase does not include the impact on income taxes). Marriott’s growth was driven by North American limited-service hotels (such as Courtyard and Residence Inn) with luxury lodging such as Ritz-Carlton turning in a high growth rate. Given that there have been concerns about macro growth both in the U.S. and globally, it’s a positive sign that the hotel business is doing well. However, Marriott’s forward P/E of 19, which is based on analyst estimates of 19% EPS growth next year, does suggest that the market has priced in quite a bit of future growth. On its own the stock actually looks a bit pricy.

We would compare Marriott to InterContinental Hotels Group PLC (NYSE:IHG), Starwood Hotels & Resorts Worldwide, Inc (NYSE:HOT), Wyndham Worldwide Corporation (NYSE:WYN), and Hyatt Hotels Corporation (NYSE:H). InterContinental Hotels, which owns among others the Holiday Inn brand, looks about even with Marriott in terms of recent revenue growth, turning in 3% higher sales in its most recent quarter versus a year ago. The company trades at 18 times forward earnings estimates, a slight discount to Marriott but it also has a somewhat smaller market cap so we’d say the two companies are about fairly priced relative to each other. Wyndham is even cheaper, at a forward P/E of 15 (and a trailing P/E of 21); even though the stock has risen 77% over the last year it turns in low multiples due to solid business performance compared to 2011.

Starwood and Hyatt trade at premiums relative to Marriott, with Hyatt looking particularly expensive at 43 times earnings estimates for 2013. Starwood’s earnings actually declined last quarter compared to the same period in the previous year, and Wall Street analysts think there is more trouble ahead for the company: it trades at a forward P/E of 21 as consensus earnings are lower than what the company has done on a trailing basis. We don’t see any reason to own it over Marriott. Hyatt is getting moderate growth, with revenue up 8% and net income up 5% in its most recent quarter over the second quarter of 2011, but for us that’s not a high enough growth rate to justify its valuation.

Marriott looks a bit expensive but seems about average for its peer group. However, there’s quite a bit of variance among its peers: it looks to us, from a quick look, that Wyndham is particularly cheap and Hyatt is particularly expensive.

What Does Billionaire Jeff Vinik See in Continental Resources? $CLR 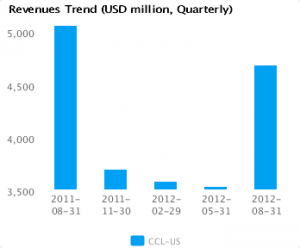 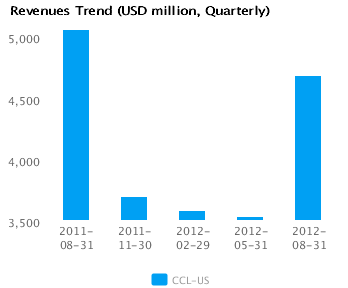 Why is Blum Capital Downsizing its Position in This Real Estate Company?

Mason Hawkins is Doubling Down on This Hotel Company