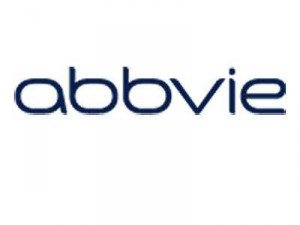 The 5 big buys of Avalon Advisors in the first quarter of 2013 are AbbVie Inc (NYSE:ABBV), The Dow Chemical Company (NYSE:DOW), Texas Instruments Incorporated (NASDAQ:TXN) , Johnson & Johnson (NYSE:JNJ), and Fifth Third Bancorp (NASDAQ:FITB). Avalon Advisors is one of Houston’s largest money management firms. Based on whalewisdom.com compilation, the firm had over $1.646 billion in assets under management as of the end of the first quarter in 2013. Let us take a look at the performance and current metrics of each of these stocks. Take note that I did not look into the conditions at the time of transaction but rather aim to extract some insights from the big purchases of this firm.

The firm’s biggest buy is the biopharmaceutical company AbbVie Inc (NYSE:ABBV). It initiated a position worth around $15.7 million. The research-based company and maker of world’s top selling Humira has also been recently favored by no less than the leading asset management firm Blackrock. Many believe that the company’s future growth potential is still undeniable despite the fact that Humira’s patent expiration is looming ahead, by 2018 at the latest. It has just collaborated with Alvine Pharmaceuticals for the development of an oral treatment to combat celiac disease. This is said to build on AbbVie Inc (NYSE:ABBV)’s leadership and expertise in gastroenterology. The company expects 7 drugs in its pipeline to undergo important late-stage studies in the next year and a half. The firming up of its pipeline is very important since Humira is projected to account for 60% of the company’s revenues come 2016.

In the meantime, I believe that the current momentum of Humira will provide a backbone for its growth in the immediate future and that for dividend safety. The company’s P/E ratio (ttm) is currently at 13.42. It has a stable profit margin of over 20% and a positive revenue growth. This company lures dividend income-seeking investors as it has recently paid a generous quarterly dividend amount of 40 cents per share.

The Dow Chemical Company: Is the dividend safe?

Avalon Advisors also initiated a stake in The Dow Chemical Company (NYSE:DOW) worth over $10 million. It has an actual P/E ratio of 18.08 in 2012 and an estimate of 14.37 for 2013. The company is earning its place among the top dividend stocks with its fast-growing dividends. In 2012, the annualized payout grew by over 34%. However, the payout ratio based on cash flow was at 50.2% in 2012, significantly higher than 32% for 2011. To maintain the current pace of growth in the dividends, the core operations of the company has to grow faster in the years to come. The quarterly revenue of the company has been contracting year-on-year for the 5th consecutive time already. Nevertheless, the company has surpassed earnings estimates in the latest quarter by 15%. But on the aspect of dividend safety, I would prefer to see more growth before I become totally convinced that the company is able to provide a safe and stable stream of dividends in the future.

The managing firm also initiated a position in Texas Instruments Incorporated (NASDAQ:TXN) worth over $8 million. The company has managed to exceed earnings expectations in at least the last 4 quarters. Its actual P/E ratio in 2012 was 21.99 and forward P/E ratio in the next fiscal year is 17.45. Meanwhile, the manufacturer of semiconductors is suffering from declining revenues despite retaining the lead in the industry in the previous year. The slowdown in markets worldwide has pulled into halt the robust growth that Texas Instruments Incorporated (NASDAQ:TXN) has enjoyed in the couple of years prior to 2012. It is believed however that industrial demand will pick up this year due to a better economic outlook in the global economy.

Dividend lovers will continue to love this stock as it has decided to pay a quarterly dividend that is 33% over the previous pay-out. For the last 9 years, the annualized dividend has grown at an average rate of around 31%. Even with the recent recession, it did not falter in paying dividends. It generously increased the payout by an annual rate of 15% on the average from 2009 to 2012. In 2012, the payout ratio based on cash flow is at a manageable level of 24%. Given an upward forecast in its earnings, with the fiscal quarter ending June gaining 10 upward revisions compared to 2 downward ones, the semiconductor maker is poised to maintain its lead and its attractive dividend record.